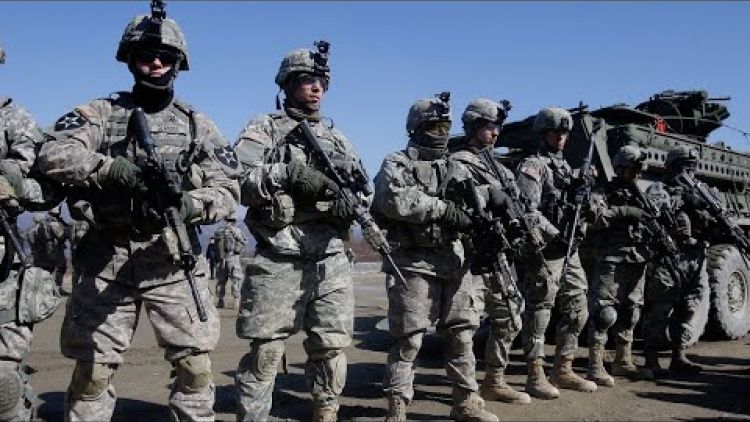 An analysis by the Pentagon has determined that a ground invasion of North Korea would be the “only way” to fully disarm the country of its nuclear arsenal.

“The only way to ‘locate and destroy – with complete certainty – all components of North Korea’s nuclear weapons programs’ is through a ground invasion,” wrote Rear Admiral Michael Dumont on behalf of the Pentagon Chiefs of Staff, in response to a question from Rep. Ted Lieu (D-CA) about the escalating conflict.

Dumont added that a ground invasion would increase the risk of a nuclear counter-attack as forces attempted to locate, and consequently disable, its “deeply buried, underground facilities.”

“A classified briefing is the best venue for a detailed discussion,” he said.

A group of former military veterans-turned-congressmen – all Democrats except Rep. Walter Jones (R-NC) – described the findings in a joint statement as “deeply disturbing” and expressed fears of a conflict that “could result in hundreds of thousands or even millions of deaths in just the first few days of fighting.”

“Their assessment underscores what we’ve known all along: there are no good military options for North Korea,” the joint statement said. “The President needs to stop making provocative statements that hinder diplomatic options and put American troops further at risk.”

“It is our intent to have a full public accounting of the potential cost of war, so the American people understand the commitment we would be making as a nation if we were to pursue military action,” it continued.

A poll in September found that nearly half of Americans support military action against North Korea should it be necessary.

As North Korean officials continue to escalate the rhetoric, President Donald Trump has declared that America would “totally destroy” North Korea if forced to do so and has also described dictator Kim Jong-un as a “little rocket man” carrying out a “suicide mission.”

In October, diplomats in both Japan and South Korea warned that North Korea’s capacity to use nuclear weapons is “imminent” following the testing of its sixth hydrogen bomb in September.

The assessment was released during Donald Trump’s tour of Asia, where he is seeking to build consensus amongst the region’s leaders around an effective solution to the crisis, as well as warn of potential trade risks for China and other nations dealing with the North Korean regime.

In a speech in Japan on Saturday, Trump warned the region’s “tyrants and dictators” of overall American strength.

“History has proven over and over that the road of the tyrant is a steady march towards poverty, suffering, and servitude,” Trump said. “But the path of strong nations and free peoples, certain of their values and confident in their futures, is a proven path to prosperity and peace.”