Even if an adoring member of the unwashed masses wanted to get close to a Hollywood A-lister, they couldn’t, as elite celebrities were protected by walls, heavily-armed police and even military vehicles near the Golden Globes venue on Sunday.

One photo shows a massive wall, approximately 12 feet high, surrounding the venue. If that wasn’t a deterrent enough, the road was blocked by heavily armed police. 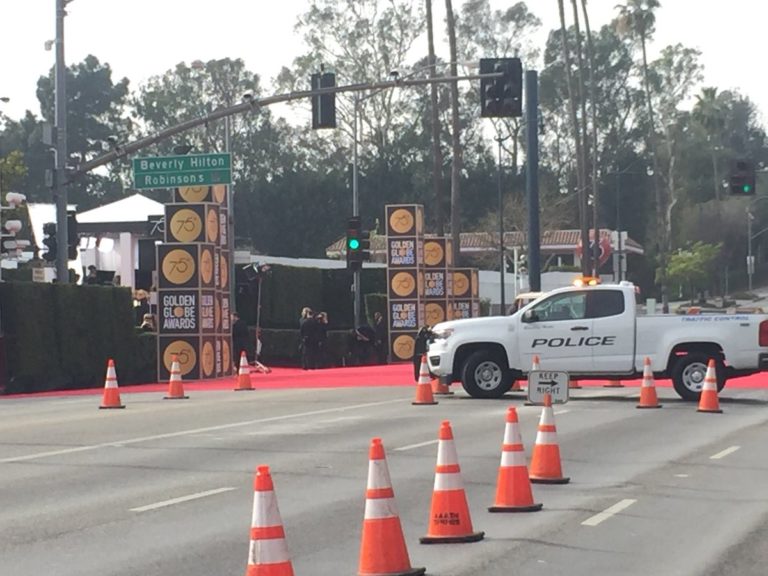 Another one of Carrero’s photos shows police in SWAT gear and what appears to be a former military vehicle standing guard in protection of the people who pretend for a living. 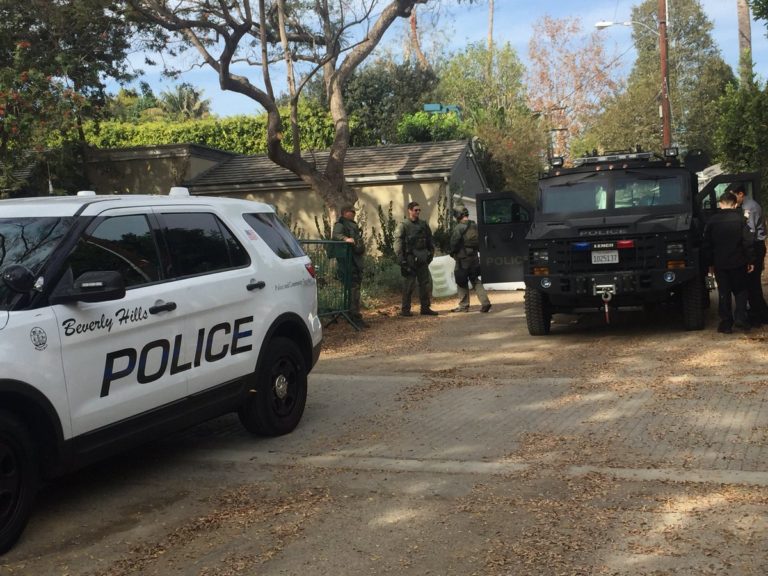 Celebrities, who have been critical of police and opposed to guns — not to mention highly critical of the border wall — enjoyed a “four-mile wraparound zone” of protection.