White people took over a “Black Women’s March” on Saturday and confronted police as they attempted to cross a bridge in an upscale part of New York state.

Billed as a “black” women’s march, it was anything but, judging by all of the white people in North Face and hipster clothing running around. 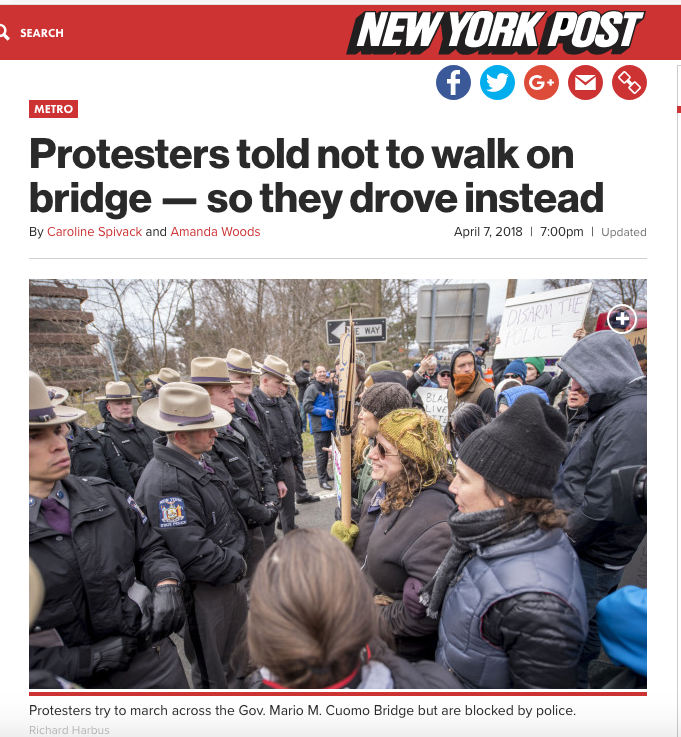 Not a single black person appears in the photo.

The Post wasn’t the only news outlet to inadvertently capture the irony.

Marchers met with line of @nyspolice troopers who held their line at the onramp. They did not allow the Black Women's March to cross the Gov. Mario Cuomo Bridge. @news12wc @News12HV pic.twitter.com/EQCd4JB508