Planned Parenthood Keystone, a Pennsylvania affiliate of the nationwide  abortion provider, expressed their belief that Disney is not abortion-friendly enough in a now-deleted Tweet. 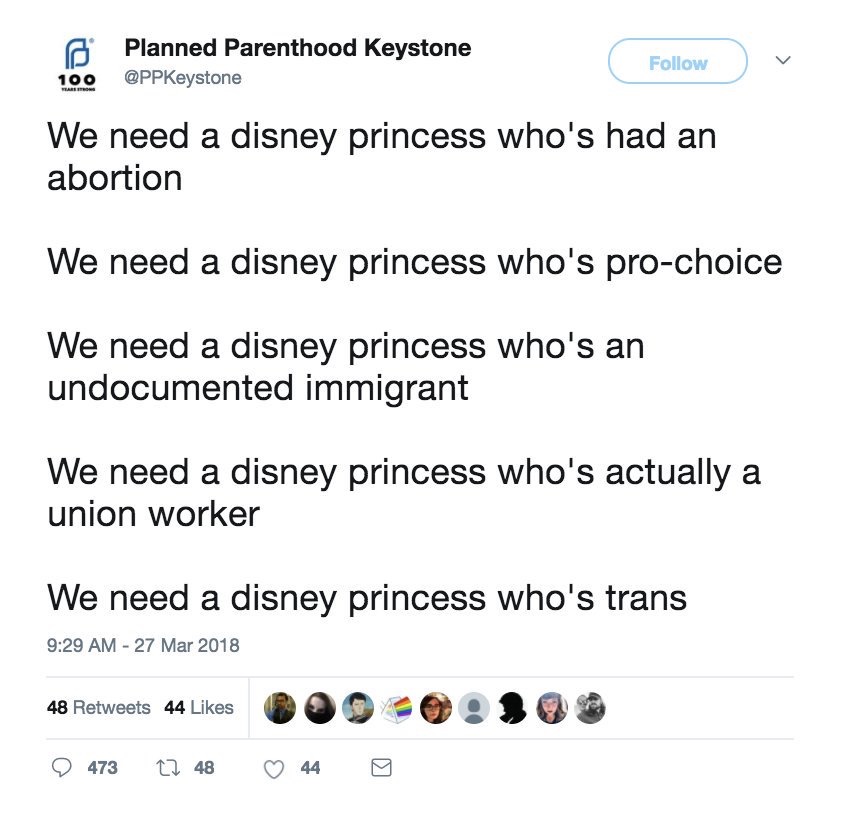 The tweet from this morning garnered immediate attention, which seemed to be the intent, but the cowards behind the account deleted it after serious backlash.

That’s not all, though.

We also need a princess who is a union worker. But why the hell would a princess need a job in the first place?

On Twitter, Dave Rubin keenly pointed out that Princess Ariel from The Little Mermaid is trans-species.

Technically I think Ariel from The Little Mermaid is trans species, but it’s never enough for these people… https://t.co/4cCkyNbult