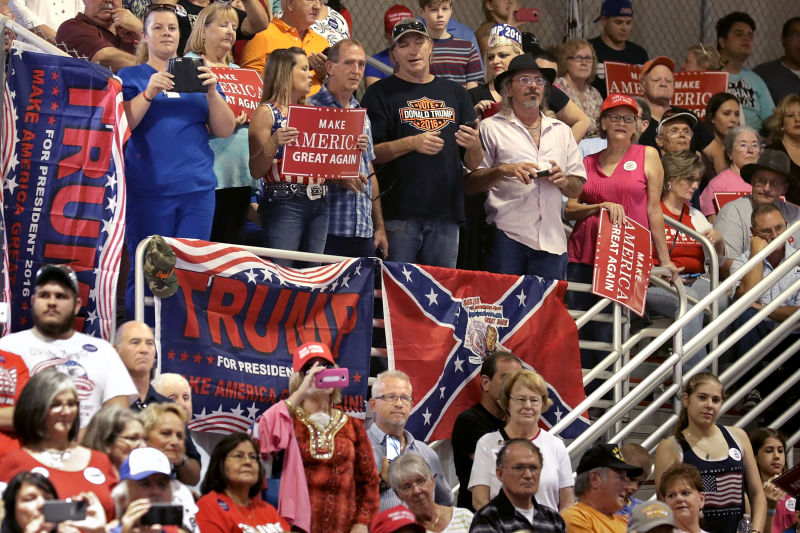 Nearly half of white Americans living in the South feel like they’re under attack, a new Winthrop University poll found.

And 30 percent of all respondents in the poll agreed when asked if America needs to protect and preserve its white European heritage. More than half of respondents disagreed with the statement.Forty percent of respondents said they believed that Confederate statues should remain as is, while nearly a quarter said a plaque should be added to contextualize the statue.

The poll, released on Nov. 8, was covered in local media when it was first released.

Winthrop conducted phone interviews with 830 residents in 11 Southern states from Oct. 22 to Nov. 5. The poll has a margin of error of 3.4 percentage points.