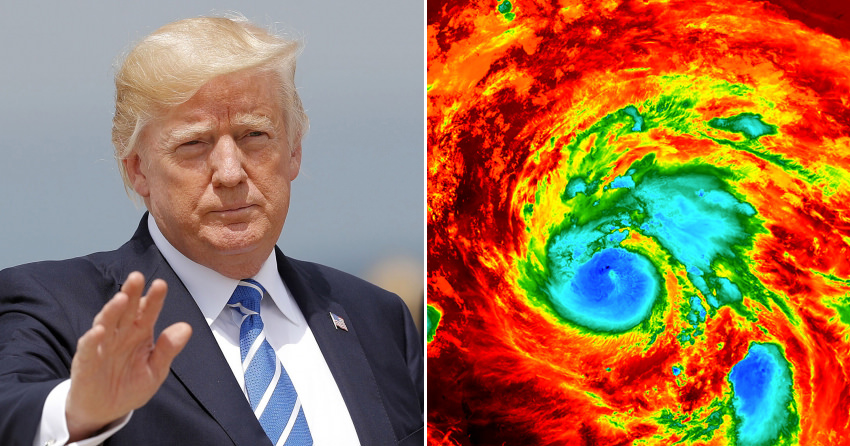 President Donald Trump and First Lady Melania Trump will travel to Texas to visit areas hit hard by Hurricane Harvey. The two are expected to arrive in the state of Texas on Tuesday.

“First lady Melania Trump will join President Trump this week during his visit to Texas in the wake of Hurricane Harvey.

The director of communications for the first lady tweeted Monday that Melania Trump would travel to Texas with the president.

The president is expected to visit Texas on Tuesday amid ongoing recovery efforts.

The storm, which made landfall late Friday as a category 4 hurricane, has since been downgraded, but continues to bring rain and flooding to the region.

Reports of President Trump planning a trip to Texas were floating as the historic storm unfolded. The President himself tweeted he is eager to visit Texas, as long as it doesn’t interfere with rescue operations.

“Trump had tweeted earlier Sunday that he plans on visiting Texas “as soon as that trip can be made without causing disruption.”

In an interview on ABC News’ “This Week, ”Homeland Security Adviser Tom Bossert elaborated on the president’s tweet Sunday saying that Trump “doesn’t want to get in the way” of the relief efforts.

The forecast track shows Harvey heading back toward the coastline and interacting with the warm waters of the Gulf Coast early next week. This means areas that were already hit hard along the Texas coast should expect even more rain and wind, setting the stage for potentially catastrophic flooding.

The storm is an evolving system, and its track could change.”