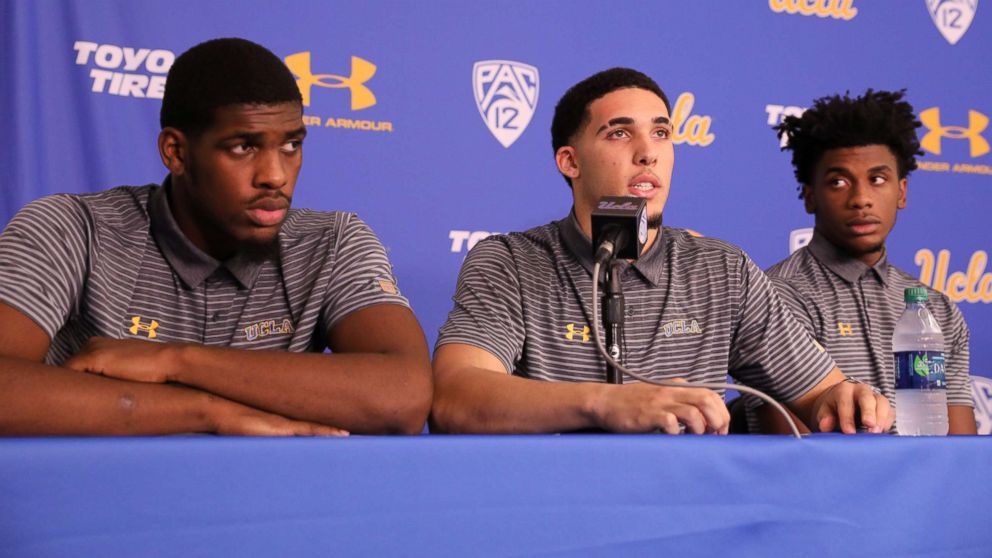 (CNSNews.com) – In his first tweets on Thursday, President Trump had some  advice to the three UCLA basketball players who were arrested in China for shoplifting.

On Wednesday, Trump wondered if he’d get a thank-you for his intervention in getting the three freshmen home from China. And at a news conference later that day, the three freshmen did thank the president and they also apologized for their behavior, admitting that they embarassed their families, their team, their school and their country.

“To the three UCLA basketball players I say:  You’re welcome, go out and give a big Thank You to President Xi Jinping of China who made your release possible and, HAVE A GREAT LIFE! Be careful, there are many pitfalls on the long and winding road of life!”

UCLA Coach Steve Alford announced that the three athletes were being suspended indefinitely.

You can hear the apologies and thank-yous delivered by LiAngelo Ball, Cody Riley, and Jalen Hill here.

Chinese authorities accused the players of stealing sunglasses from a Louis Vuitton store next to the hotel where they were staying with their team.