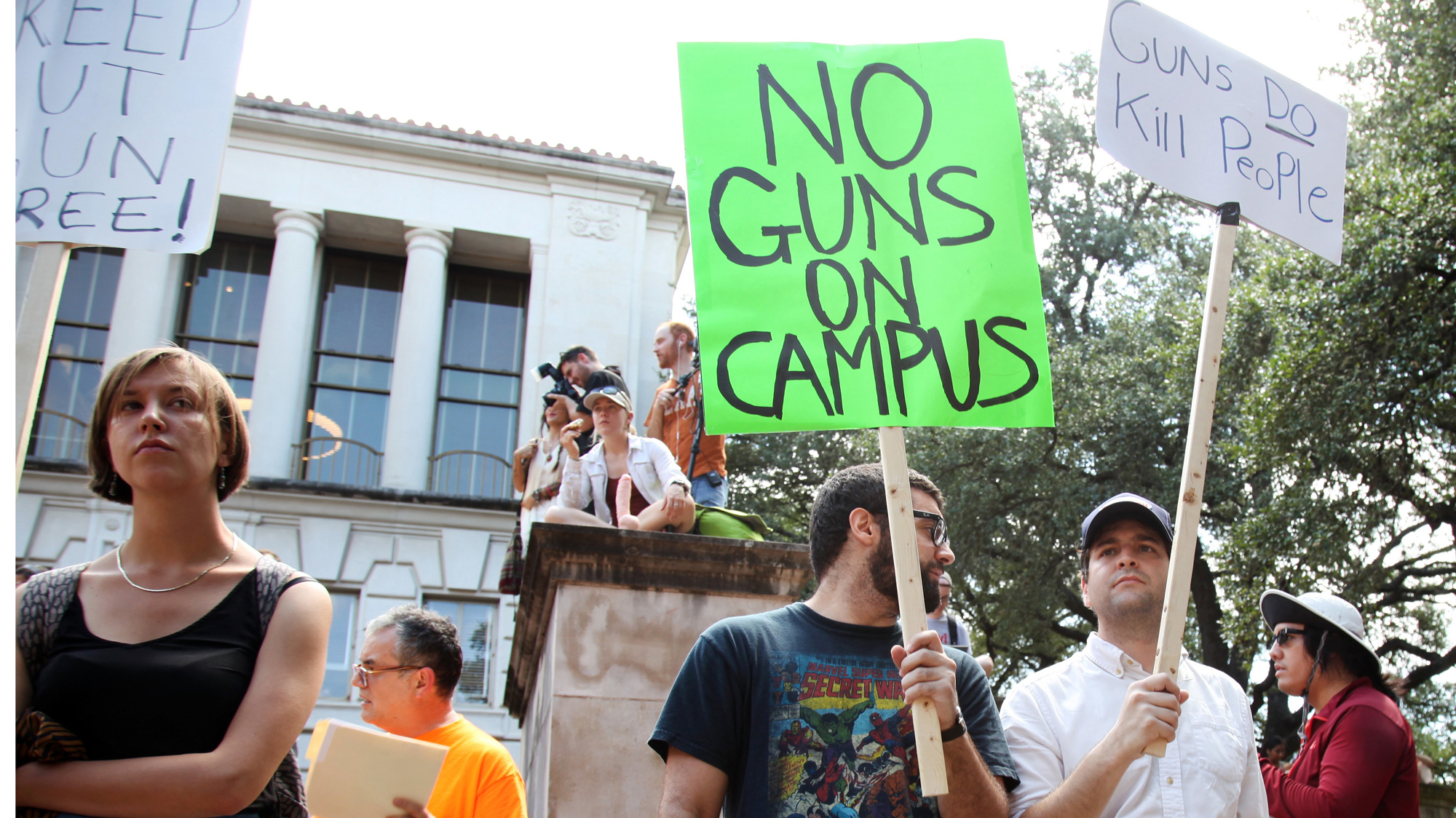 On the other hand, he suggests that arguments for campus carry are logical and important to the preservation of life.

Writing in the LaGrange Daily News, Swindle describes his walk from the classroom to the parking lot on dark, cold nights in January and February. He says, “There have been times I wished I had my .38 revolver inside of my jacket.”

He then turned to the newly enacted Georgia campus carry law, expressed his happiness over the law, and pointed out that those who opposed it did not not oppose it with logic. Moreover, he suggested that opponents of the law ignored history and regurgitated a list of worst case campus carry scenarios that have never proven true.

For example, Swindle points out that opponents of campus carry said, “Guns on campus would lead to an increase in violent crime.” He responded, saying, “There are ten states (including Georgia) that have provisions allowing the carrying of concealed weapons.

“Twenty-three additional states allow each college to make the decision. None of these states have seen a resulting increase in gun violence as a result of legalizing concealed carry.”

He noted that some opponents of campus carry say, “Adding guns to the ‘college lifestyle’ of drinking and partying would be a disaster.” He then responded to this claim, saying, “First, it is unlawful for a licensed concealed permit holder to carry while under the influence of drugs or alcohol.

“Licensed holders went through the proper steps, underwent a background check, and were licensed by a probate judge. Logic would dictate that these class of gun owners possess the highest level of responsibility and thus would not carry while drinking.”

Swindle then pointed to campus carry opponents’ favorite go-to argument—that “Gun free zones (GFZ) are safe because no one can possess guns in those areas.” He drew from his experience in law, his knowledge of criminal cases and repeated exposure to how and why criminals attack, to say:

In 13 years of criminal defense practice, I have not had to read books, debate ideas, or test classroom theories to confirm that human predators, like our fellow mammals in the animal kingdom, prey on the weak and defenseless. Like the cheetah that picks out the weakest, youngest, or sickest wildebeest, a rapist, child abuser, armed robber, or gunman will choose the weakest victim(s). A gunman knows that people in GFZ’s cannot defend themselves. The gunman has no risk of being shot himself when he opens fire in schools, some campuses, and other GFZ’s. A 2014 study by the Crime Prevention Research Center showed that 92 percent of mass shootings in public places between 2009 and 2014 were in GFZ’s.

Swindle also noted that no matter how nicely he presents his arguments, those fighting for gun control are often quick to frame their case in emotion and enter into name-calling. He said that while he always does his best to “agree to disagree,” his support of Georgia’s campus carry law garnered him some Facebook responses that “were not exactly a classy expression of disagreement.”