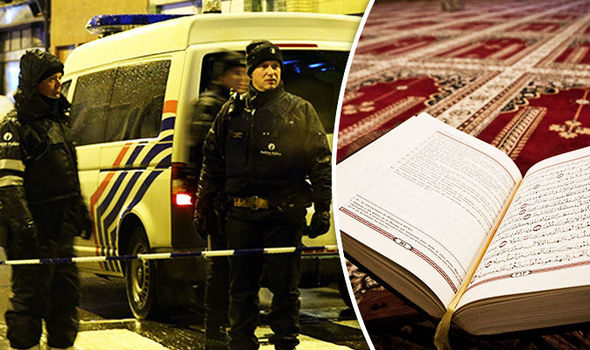 A classified report found that radical Islamic groups in Britain are raising huge sums of money through public donations, the Government has revealed.

“In some cases these organisations receive hundreds of thousands of pounds a year. This is the main source of their income. Those giving may not know or support the organisations’ full agenda,” said Home Secretary Amber Rudd, in a statement seen by The Times.

Rudd suggested some of the British Muslim donors may have been duped by extremist outfits posing as charitable organisations, and said the Government would work “to encourage people to understand the full aims of the organisations that they give to”.

"It is thought the report focused on Saudi Arabia" https://t.co/vYjdN6rtIB

The report has generated significant interest, with much speculation that the Government is refusing to publish the report in case it implicates Saudi Arabia as a key exporter of extremism.

An independent report released the Henry Jackson Society branded the Wahhabi theocracy as “undoubtedly at the top of the list” among sources of foreign funding for Islamic extremism in Britain, with author Tom Wilson claiming his research “indicates that some Saudi individuals and foundations have been apparently heavily involved in exporting an illiberal, bigoted Wahhabi ideology”.

The report did find that foreign funds were being used to educate Muslims in “deeply conservative forms of Islam and [provide] highly socially conservative literature and preachers to UK Islamic institutions”, but Rudd has remained steadfast in her refusal to release it in full.

“Having taken advice, I have decided against publishing the classified report produced during the review in full,” she said.

“This is because of the volume of personal information it contains and for national security reasons. We will be inviting privy counsellors from opposition parties to the Home Office to have access.”

This is not the first time the Tories have been accused of covering up Saudi involvement in extremism.

In 2015, former prime minister David Cameron was accused of burying the Jenkins Report, which exposed connections between British front organisations for the Muslim Brotherhood and terror networks in the Middle East, under pressure from the Saudi regime.