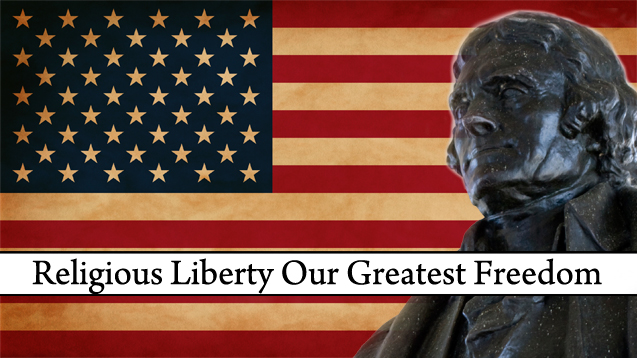 Attacks on religious liberty have increased 133 percent since 2011, according to a new report.

Government agencies, businesses, and the military are cracking down on the devout through zoning laws, restrictive policies against expressing religious sentiments, and punishing employees or citizens who publicly live out their faith, according to First Liberty Institute, a nonprofit group that provides pro-bono legal aid to victims of religious discrimination.

The group recorded more than 1,400 acts of religious discrimination in 2016, up 15 percent from 2015 and 133 percent since 2011. Institute President and CEO Kelly Shackelford called the trend disturbing and a radical departure from First Amendment protections for the freedom of religion.

“We were shocked by how pervasive the hostility to religion was,” he said in a Tuesday press call. “Unfortunately, it’s not one particular area where it’s growing—it’s across the board.”

The group recounts numerous instances in which believers across all faiths have encountered discrimination in the public arena in its report titled, “Undeniable: The Survey of Hostility to Religion in America.” The study, based on public records and media accounts of legal disputes brought on by religious belief, is expansive.

It points to the Supreme Court battles in which the Department of Health and Human Services have attempted to coerce religious groups, including the nuns of Little Sisters of the Poor, into violating their religious beliefs to comply with the contraception mandate. The report also describes the case of a Dallas Home Owners Association that attempted to put an end to an Orthodox Jewish congregation’s services within the community. When the congregation prevailed in court, the city stepped in to challenge the congregation based on zoning laws.

“It’s a situation that is very scary for the members of the community there … they will have to pick up and move,” said Justin Butterfield, an institute attorney who worked on the case. “They can’t drive [to another congregation] on the Sabbath. They have to walk.”

Alexia Palma, a Houston-based healthcare educator, said that First Liberty’s representation allowed her to reach a settlement with her former employer for retaliating against her religious beliefs. Part of her job required teaching a course on reproductive health and motherhood. She had been allowed to abstain from teaching a section on contraception—which is contrary to her Catholic faith—and instead use a video or colleague to deliver that minor part of the lesson plan. A new management team, however, gave her an ultimatum to teach the course or be fired.

“My faith would always come first and I was terminated because of that,” she said. “I never thought one day I’d be asked to violate my religious beliefs to keep my job.”

Shackelford said the report represents “the tip of the iceberg” of the targeting of religious liberty because it relies only on those who have publicized or challenged religious discrimination in the courts or the media.

“What’s published is a fraction of what’s happening,” he said. “Most people just take it. What you see in Undeniable is the list is growing [in public accounts]—that means it’s growing even more.”

Shackelford said he remains optimistic despite the spread of alleged violations of religious liberty. He said the courts have shown a willingness to strike down federal, state, and local policies that violate the conscience rights of citizens, residents, and employees. However, he said there is reason to be wary given how close many of those legal decisions are.

“I think religious liberty is doing better than it was doing in the ’60s and the ’70s with cases trying to push religious expression out of the public sphere,” he said. “I think things have been going in the right direction in the last 30, 35 years … [but] a lot of these big cases taken to the Supreme Court, you’ll notice they’re 5-4 [decisions].”

The other challenge facing believers is political in nature. Senate Minority Leader Chuck Schumer (D., NY) introduced the Religious Freedom Restoration Act, which protected believers from most government interference, in the House of Representatives in 1993. It passed unanimously in the lower body, having won the endorsement of the American Civil Liberties Union, and sailed through the Senate with only three no votes before President Bill Clinton signed it into law.

It only applied to the federal government forcing states and localities to adopt their own similar legislation. Recent attempts to pass or update RFRAs have drawn protest and negative press coverage, including a public pressure campaign that led then-Indiana Gov. Mike Pence (R.) to water down a version of the bill.

The institute has mailed copies of the 480-page report to President Donald Trump, Vice President Mike Pence, and every member of Congress.