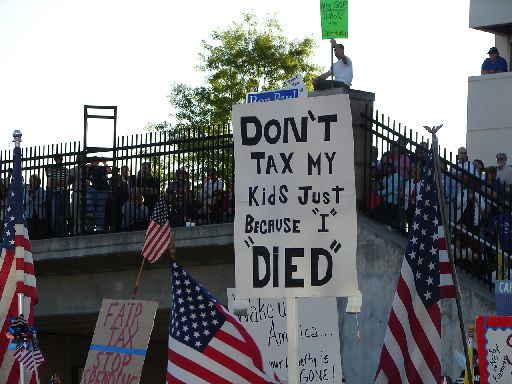 159,000 full-time jobs could be created if death tax were repealed

Speaking at the National Press Club in Washington, D.C., on Thursday, Norquist said that ending the death tax, which is a tax on everything you own at the date of  your death, would make the United States more economically competitive.

Norquist cited Tax Foundation data saying repeal of the death tax would lead to an increase in the number of full-time jobs, an increase in capital stock, and would help increase economic growth.

“The fact that it’s 150,000 individuals who don’t have jobs, those are the poor, those are the people who would benefit most from getting rid of the death tax permanently,” he said.

“Also getting rid of the death tax would increase the business capital stock by 2.5 percent or $850 billion total stock,” he explained. “The death tax is a tax on life savings, it is the most direct tax on savings, not consumption. We know that has a history of slowing and damaging economic growth.”

Norquist said the United States needs to repeal the death tax in order to be more globally competitive.

“Just as with the reduction in our business taxes, which is to be pro-growth and internationally competitive, getting rid of the death tax fits in tax reform for both of those reasons,” he said. “We just talked about international competitiveness, right now we are not competitive on the death tax. We need to be.”

Norquist also mentioned that while not all Americans pay the death tax, recent polling from NPR found that 70 percent of the American people want to get rid of it.

Karen Kerrigan, president of the Small Business and Entrepreneurship Council, said entrepreneurship is very weak in the United States, and policies like repealing the death tax need to be implemented to attract new businesses.

“There really is not any economic or fiscal justification for the imposition of the death tax,” she said. “It destroys family-owned businesses, it sucks a vast amount of resources that could be put into productive investment, wealth creation, quality job creation as well.”

“Several years ago, I know we were at a point where more businesses were exiting than were starting,” Kerrigan said. “According to our research, our economy is missing 3.4 million businesses.”

Palmer Schoening, chairman of the Family Business Coalition, said even Democrats in the Senate have supported the repeal of the death tax:

“In the Senate, five Democrats have voted for repeal at least once in the past, and those Democrats are Murray, Feinstein, Nelson, Manchin, and Wyden. So Sen. Wyden, who’s kind of taken the helm [of] the ‘not one penny for the one percent’ messaging during this Congress, has voted for the complete elimination of the estate tax twice.”