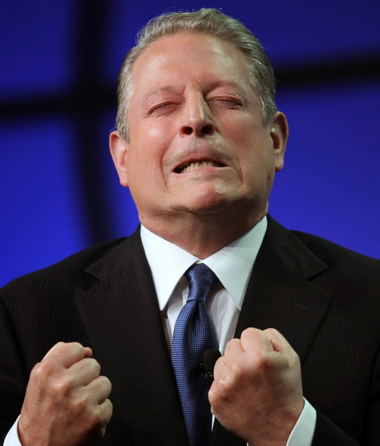 The new report, released by the National Center for Public Policy Research, analyzed information provided by the utility company that supplies electricity to the former Vice President’s estate. According to Fox News, the data shows Gore’s 10,000 square foot mansion used over 230,000 kilowatt hours over a twelve-month period.

“It makes you wonder if he believes what he’s actually saying,” said the author of the report. “Here’s a guy who’s basically exploited concerns about the environment to make $300 million dollars and win the Nobel Prize. It makes you wonder what his real agenda is.”

“This is a guy who won’t take the steps in his own life to reduce his own energy consumption,” he added.

Gore is currently promoting his new climate change film, “An Inconvenient Sequal: Truth to Power,” a follow-up to the award-winning documentary “An Incovenient Truth.”