Far Left Watch posted a tweet identifying “Yoel” Roth as Twitter’s Head of Site Integrity.  This young man determines what is the truth and what is not on Twitter.

Far Left Watch reported on who at Twitter is determining that CNN is more accurate than the President of the United States per yesterday’s tweet correction by Twitter.

This of course is laughable, especially after the past four years of Russia collusion lies daily coming from CNN and the mainstream media.  But those lies don’t matter to Twitter and young “Yoel” who are the purveyors of what is truth and what is not.  For example, young Yoel believes there are Nazis in the White House: 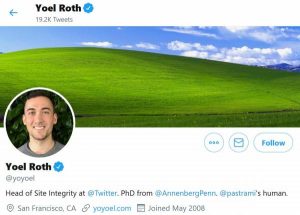 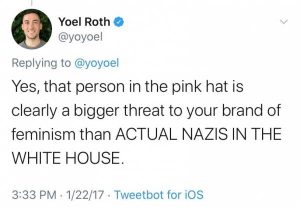