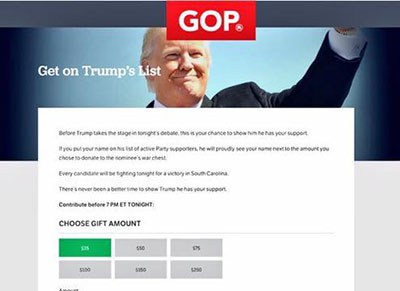 The Republican National Committee set another fundraising record of $13.4 million in the month of June, bringing their total 2017 fundraising effort to an impressive $75.3 million.

In records provided to The Hill, the RNC revealed it had raised $13.4 million in June, the highest ever in a non-presidential election year, and had $44.7 million in the bank.

“Because of the generous contributions, the RNC will continue to promote conservative values while bolstering our efforts to support, defend, and elect more Republicans,” McDaniel said in a statement.

“Month after month, the RNC continues to break fundraising records, another testament to the overwhelming support this Republican administration continues to receive from Alaska to Alabama,” RNC Finance Chairman Steve Wynn added. “It has never been more evident that Republicans are united towards a common goal of making this country great again.”

In May, the RNC also raised a record $10.8 million, while the Democratic Party had its worst April and May since 2003, raising $4.7 million and $4.29 million respectively.

The increased fundraising effort follows a series of strong electoral performances for the GOP, which now controls all three main branches of government, and recorded comfortable wins in strongly contested special elections in both Georgia, Montana, and South Carolina, one in which the Democrats spent a record-breaking $23 million.

However, the Democratic Congressional Campaign Committee (DCCC) raised a record $31 million in the first quarter of this year, followed by more than $9.3 million in May, which lawmakers credited to a groundswell of support for the anti-Trump ‘resistance.’

The Democratic Party is yet to release its fundraising total for June.