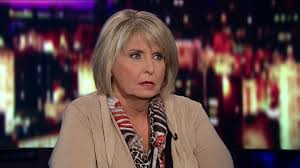 Birmingham, ALABAMA — Court documents related to Tina Johnson, an Alabama woman who claims that Republican senatorial candidate Roy Moore groped her in his office decades ago, may raise questions about Johnson’s motives in making the accusation.

The documents, reviewed by Breitbart News, show that Moore represented Johnson’s mother in a nasty custody case for Johnson’s then 12-year-old son, Daniel Sitz. In the case, Johnson was repeatedly painted by Moore’s client as an unfit, absent, and unstable mother and was accused of taking her son from his elementary school against his will. Johnson’s mother was ultimately awarded custody in the case.

One affidavit signed by Johnson’s mother while she was represented by Moore accused Johnson of having a “violent nature” and noted that she “has been treated by a psychiatrist when she was approximately 15 years of age.” Johnson was a teenage mother.

Separate criminal documents show that, as late as 2010, Johnson was arrested and pled guilty to felony fraud charges related to checks belonging to a family member. She also entered a court drug program.

Speaking to AL.com, Johnson first went public with the claim that Moore groped her when she was “on legal business with her mother” in 1991. The website noted that “Johnson reached out to AL.com” to discuss her alleged experience with Moore.

The website related that Johnson was “at the office to sign over custody of her 12-year-old son to her mother, with whom he’d been living.”

Johnson claimed that, after the two met with Moore, her mother walked out of the office door first and that, as Johnson was walking out, Moore grabbed her buttocks from behind. “He didn’t pinch it; he grabbed it,” she claims.

Johnson claims that she was so surprised by Moore’s alleged actions that she didn’t mention anything to her mother — even though Johnson described her mother as sitting next to her in Moore’s office just before the alleged incident.

Johnson’s mother, Mary Katherine Cofield, had hired Moore, then a private attorney, to represent her in the custody case for Johnson’s son, Daniel Sitz. The custody documents, filed by Moore, refer to Johnson by her married name at the time, Tina Sitz.

AL.com reported that it “located the court documents from 1991, detailing the custody transfer.”

The website did not report on the nastiness of the soap opera-like custody case or that Moore’s client filed numerous court documents with allegations against Johnson. In one affidavit, Cofield stated that Johnson “has a violent nature and has been treated by a psychiatrist when she was approximately 15 years of age.”

Another document, signed by Moore, stated that Cofield — and not Johnson — was the “most fit and proper person” to have custody of Daniel Sitz.

Johnson’s son had resided with his grandmother, Cofield, since he was nine months old. Cofield says that, during those years, she provided Daniel with food, clothing, and shelter “without any assistance” from Johnson. A judge officially granted Cofield full custody on September 23, 1991.

In the custody documents, Johnson is accused of taking her son against his will. A September 11, 1991, affidavit signed by Daniel says that two days earlier, Johnson took him from elementary school “against my will and made me go to her home.”

An affidavit signed by Johnson’s mother claimed that Johnson took Daniel from school “forcefully and without my permission.”

Immediately after the school incident, documented by Moore’s office, Cofield was granted temporary custody of Daniel until the September 23 hearing at which she received permanent custody.

Daniel stated that he wants to “live with my grandmother with whom I have lived as long as I can remember.”

The AL.com article, meanwhile, mentioned in one sentence in the 18th paragraph of its story that Johnson “has pled guilty to writing bad checks, and for third-degree theft of property, which she said stemmed from family disagreement over the care of her late stepfather.”

Criminal and court records reviewed by Breitbart News find that she was arrested on February 25, 2010, for the felony charge of criminal possession of a forged instrument and theft by deception. She spent one day in jail and was released on bond.

The case revolved around the charges of intent to “defraud, possess or utter” checks in the amounts of $288, $129.96, $259.92, $300, and $170 respectively. She was also charged with obtaining or exerting unauthorized control over five checks for $25 each with intent to “deprive the owner of said property.”

Those five checks were in the name of “W.G. Cofield,” ostensibly her late stepfather. Cofield personally appeared to file charges against Johnson, criminal records show.

Johnson claims that Moore groped her in 1991 at his private law practice on Third Street in Gadsden, Alabama.

Adams worked for Moore in 1991 at the time of Johnson’s accusations. Adams’s desk was right outside his office door at the time. Adams’ name was signed as a notary on one of the custody documents filed in Johnson’s case on behalf of Johnson’s mother, Cofield.

Numerous attempts to reach Johnson for comment were unsuccessful.

Moore has strenuously denied the numerous accusations against him.