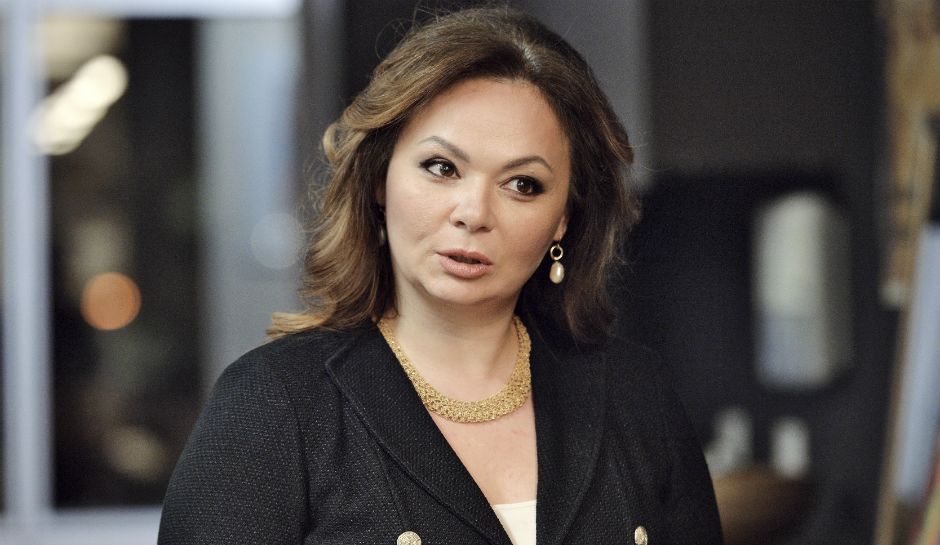 The Russian lawyer who met with Donald Trump Jr. last year has denied claims that she is linked to the Kremlin in an interview published Tuesday, and says that she didn’t meet with him to hand over information about the Clinton campaign — pouring cold water on the latest attempts to tie the Trump campaign to an alleged Russia conspiracy.

The New York Times has run multiple stories in recent days reporting on a meeting that occurred during the presidential campaign between President Trump’s son and Natalia Veselnitskaya. The Times reported Sunday that Trump Jr. took the meeting in the belief that the participants may have had compromising information on Democratic nominee Hillary Clinton. Trump Jr. joked Monday that he was “the first  person on a campaign to ever take a meeting to hear info about an opponent.”

Obviously I'm the first person on a campaign to ever take a meeting to hear info about an opponent… went nowhere but had to listen. https://t.co/ccUjL1KDEa

The Times reported Monday that Trump Jr. was informed in an email that the potential information was part of a Russian effort to aid the campaign. It did not publish the email, which was only described to Times reporters.

The Times refers to Veselnitskaya as a “Kremlin-connected Russian lawyer.” But in an interview with NBC News, Veselnitskaya denied any such connection and said she only works to challenge the Magnitsky Act.

Veselnitskaya painted a similar picture. She said that while the participants in the meeting, that included former campaign chairman Paul Manafort and Trump’s son-in-law Jared Kushner, may have hoped for information on Clinton, she offered no such thing.

“I never had any damaging or sensitive information about Hillary Clinton. It was never my intention to have that,” she said.

“It is quite possible that maybe they were longing for such an information. They wanted it so badly that they could only hear the thought that they wanted.”

As opposed to a meeting reeking of collusion, Veselnitskaya paints a picture of a short meeting that lasted approximately 20-30 minutes, in which the participants were disinterested. She said Manafort was looking at his phone during the meeting and seemed “absent-minded,” while Kushner left after 10 minutes and Trump Jr. only asked her one question.

“The question that I was asked was as follows: whether I had any financial records which might prove that the funds used to sponsor the DNC were coming from inappropriate source,” she told NBC.

Media & Dems are extremely invested in the Russia story. If this nonsense meeting is all they have after a yr, I understand the desperation!