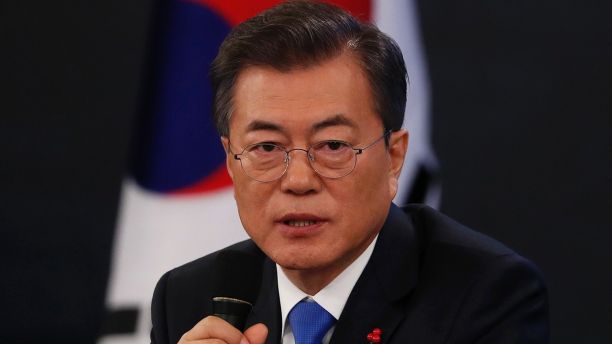 Obama’s “Smart Diplomacy” method for generating talks was to bribe the bad guys with almost everything they wanted. Trump’s method is applying pressure, whether on Iran, the Palestinian Authority or North Korea.

And it clearly gets results as the political turmoil in Iran and the sudden outreach by North Korea show.

Now the President of South Korea is crediting Trump for getting the ball rolling.

North Korea agreed Tuesday to send a delegation to next month’s Winter Olympics, which are set to begin next month in Pyeongchang, South Korea. The rival nations’ talks are the first sign of a possible thaw in their relationship.

The talks were held for the first time since 2015 and Moon credited Trump for sparking them, according to Reuters.

“I think President Trump deserves big credit for bringing about the inter-Korean talks,” Moon said at a news conference. “It could be a resulting work of the U.S.-led sanctions and pressure.”

The talks will turn out to be futile. North Korea has a long history of meaningless negotiations and agreements. Trump’s pressure drove Rocket Man to reach out to a weaker leader in South Korea. That shows the pressure is working, but not that anything is about to change. But it does show that when it comes to generating talks, Trump is better at it than Obama. Pressure succeeds where appeasement fails.