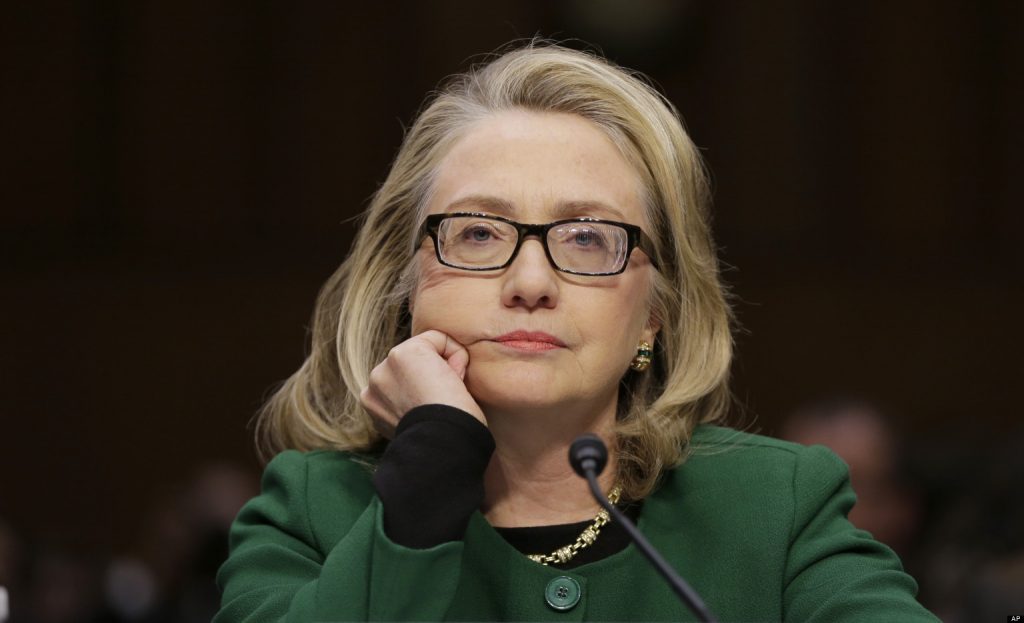 Hillary Clinton rigged the democratic primaries so she would win the party’s nomination. She had nearly the entire media whoring on her behalf. She spent $1 Billion dollars on her campaign. She roped in possibly millions of illegal votes. And yet, she lost to a guy who is generally regarded as unlikeable and who wasn’t even a real politician. Based on this, liberal website Salon thinks Hillary would be the perfect democratic candidate for 2020. What’s that thing they say about doing the same stupid shit over and over again while expecting different results?

Salon is apparently very serious about this:

Are you sick of Republicans? Or just right-wingers in general? Do you want to send a message to Washington that you aren’t going to buy into their racist, sexist, xenophobic, homophobic and classist nonsense for one second longer?

Encourage Hillary Clinton to run for president in 2020!

Let’s do a little fact-checking here, shall we?

Hillary Clinton owned African American slaves and was besties with a former KKK recruiter. She called young black men “super predators” who needed to “brought to heel.” She started the “birther” rumors about Barack Obama, which she has stated is a racist thing to do. Yes, she is racist.

Hillary is married to a serial rapist and abuser of women. She has repeatedly attacked her husband’s victims, calling them liars and “bimbos.” She paid her female staffers less than their male counterparts for the same job. She went after all of the women who didn’t vote for her in the 2016 election. Yes, she’s sexist.

Despite her rhetoric, Hillary has favored the deportation of illegal aliens and a travel ban on Muslims from terrorist nations. If that makes Donald Trump a xenophobe than yes, she’s one too.

Hillary was against same-sex marriage before she was for it. She supported her husband’s “Don’t Ask, Don’t Tell” policy as well as the Defense of Marriage Act, which defined marriage as being between a man and a woman. Yes, she’s homophobic.

The Clinton’s are worth over $300 million even though neither of them has ever held a real non-government job. They haven’t worked for a dime they have and what they have includes 3 mansions. Hillary called all Middle-American working people “deplorable.” Hillary vowed to put all coal minors on the unemployment line. Yes, she is classist. And classless, ironically.

If you are genuinely sick of racism, sexism, xenophobia, homophobia, and classism, Hillary Clinton is definitely not the person you should be looking for.

The rest of Salon’s defense of a Hillary 2020 run doesn’t get much better. They say that she will be tough on Russia, deserves another shot, and will be a good president. None of that is true, but here’s the big reason why they think you should support her in the next election:

Hillary Clinton being elected president (at last) would monumentally piss off misogynistic trolls, and what’s not to like about that?