The same Syrian rebels who claimed the Assad Government dropped chemical bombs on innocents in Douma were caught using dead children to play on Western emotions. 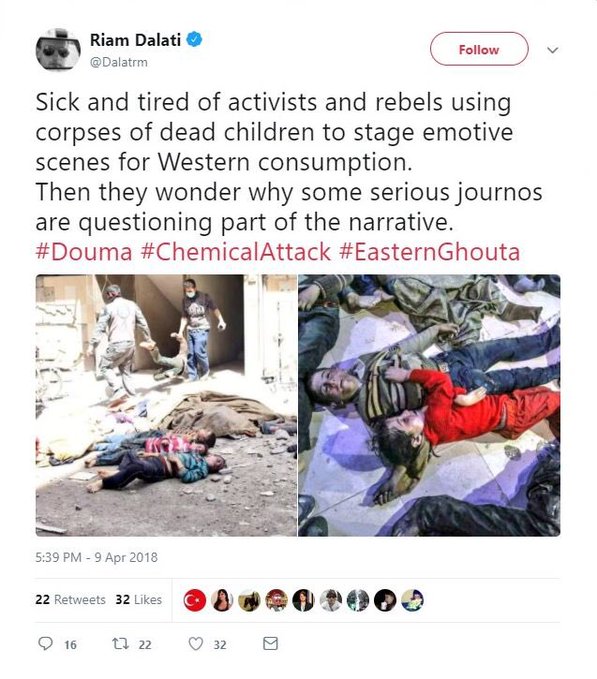 The same US-backed rebels also used chemical weapons against the Kurds in 2016.

Jaish al-Islam (Army of Islam) was formerly known as Liwa al-Islam (Brigade of Islam) and is a coalition of Salafist Islamist militant groups based in the Douma and Eastern Ghouta regions of the Syrian capital of Damascus.