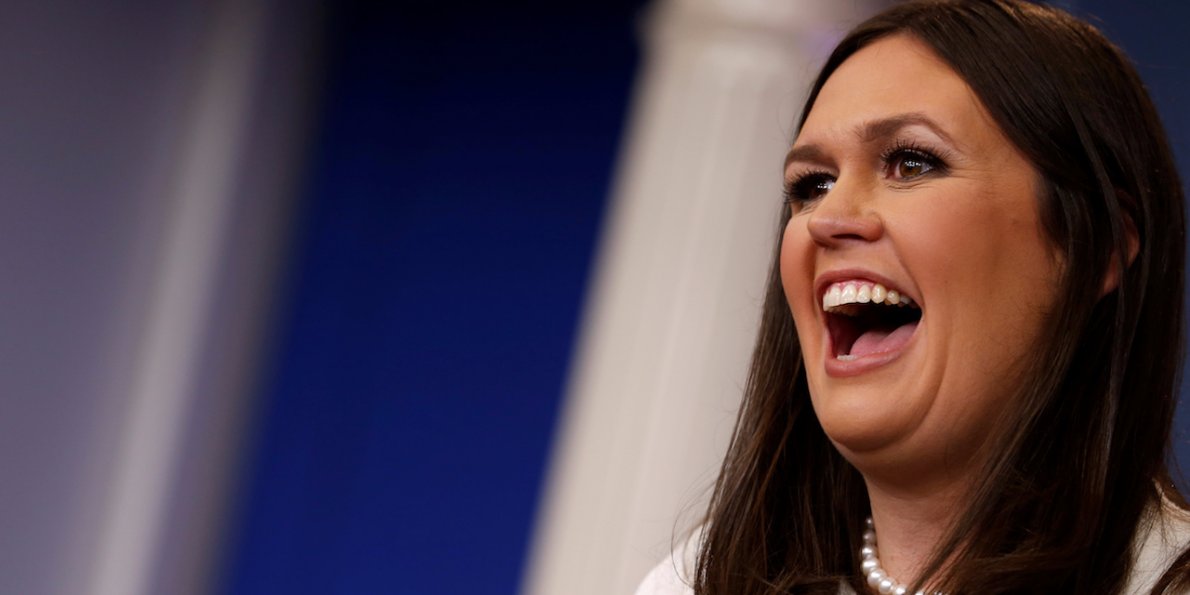 CNN is having a tantrum over the White House Christmas party this year, and spokeswoman Sarah Sanders couldn’t be happier.

“CNN will not be attending this year’s White House Christmas party,” a CNN spokesperson said, according to Politico.

“In light of the President’s continued attacks on freedom of the press and CNN, we do not feel it is appropriate to celebrate with him as his invited guests. We will send a White House reporting team to the event and report on it if news warrants.”

That prompted a joyful response from Sanders.

It’s not clear what CNN reporters and anchors will be doing when other members of the media gather at the White House on Friday afternoon.

Maybe pining for a President Hillary?

After all, who can forget anchor Wolf Blitzer drinking wine at the DNC as Democrats celebrated Clinton’s nomination.

Cameras captured Blitzer and Chief Political Analyst Gloria Borger drinking wine and dancing with delegates as “Sweet Caroline” played over the loud speakers at the conclusion of the Democratic National Convention.

CNN actually aired video of the two taking it all in: Blitzer with a glass of white wine in his hand, and Borger clapping and singing along.

(First reported by Kyle Olson and published by The American Mirror) http://www.theamericanmirror.com/sarah-sanders-cheers-cnn-boycott-white-house-party-christmas-comes-early/   (November 28, 2017)