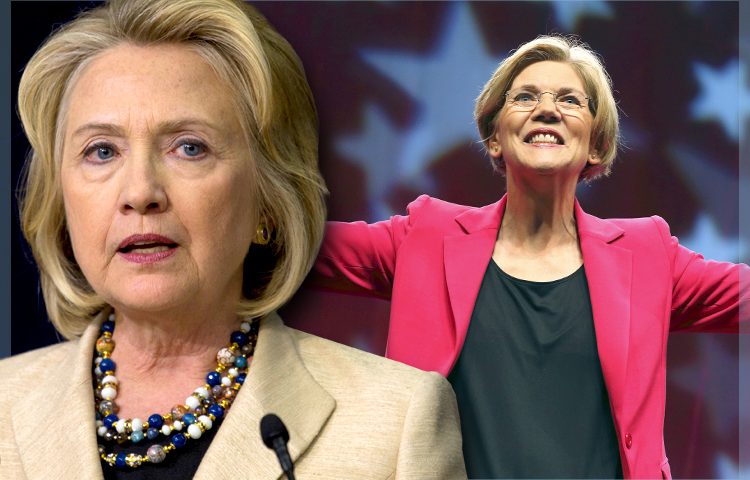 Former interim DNC chief Donna Brazile unleashed a shit-storm last week with proof that Hillary Clinton rigged the democratic primaries to ensure she would be the party’s presidential nominee. Fearing that Hillary would have her erased, Brazile contradicted herself (and a book she wrote) by saying she never said Hillary rigged anything. Elizabeth Warren had also said she believed Hillary rigged the primaries, but now she too is walking back that claim. Pocahontas is obviously scared that Hillary is going to scalp her.

Follow an excerpt from Brazile’s book Hacked, that said Hillary had completely taken over the DNC and was calling the shots, Massachusetts Senator Elizabeth Warren was on CNN. Jake Tapper asked her point blank if she thought Hillary had rigged the primaries. This is that exact exchange:

Jake Tapper: Do you agree with the notion that it was rigged.

That’s as straightforward an answer as you will ever get from a democrat. Elizabeth Warren believes Hillary rigged the system, right? Not so fast.

In an interview with Masslive, Warren has suddenly changed her tune:

“I agree with what Donna Brazile has said over the last few days; that while there was some bias at the DNC, the overall 2016 primary process was fair and Hillary made history,” said Warren.

Wow, that’s a pretty amazing turnaround in less than a week. Sure, democrats flip-flop all the time, but this is an almost immediate bullshitting. Usually, they turn over time explaining that they “evolved” on the issue.

As you know, when people cross the Clintons they have a habit of turning up dead. Warren may pretty dense on most subjects, but even she understands snitching on the Mafia is never a good idea.

For her part, Hillary finally addressed this latest bit of corruption and scandal in her very Hillary way. Appearing on Seth Meyers to continue whoring her excuse book, she made her lone statement concerning this. Meyers asked her about Brazile’s claim that she rigged the primaries and this is what she said:

“I didn’t know what she was referring to because, as has now come out, that just wasn’t the case,” lied Hillary.

Hillary signed an agreement with the DNC, taking over the finances and gaining the authority to call all of the shots. This is not an invention of Donna Brazile’s vivid imagination or a “vast right-wing conspiracy”; it’s a verifiable fact. Hillary knows exactly what Brazile was referring to and is lying that anything has come out to refute her. Well, besides Brazile refuting herself because she doesn’t want to be “suicided” by the Clinton Vendetta Machine.

Not only did Hillary Clinton rig the democratic nomination process, she’s rigging the public perception of this scandal, like she does with all of her dirty dealings. The liberal media barely covered this story and all of the people who were outraged are suddenly dismissing it as nothing.

Elizabeth Warren wants us to stand up to the big banks, the NRA, and President Trump, but she can’t even stand up to Hillary Clinton. If that whole pretending to be a Native American didn’t do it, this should be more than enough proof that’s she’s completely full of shit.