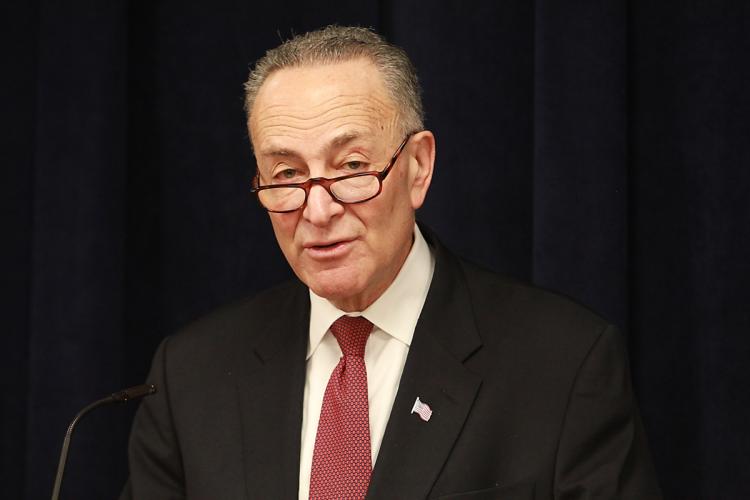 A couple of days before the shutdown, Genevieve Wood recorded this commentary, which you can either watch above or read below.  Since then, Senate Democrats, whose leader is Sen. Chuck Schumer, D-N.Y., did indeed refuse to join Republicans to vote for a spending bill, and so the government did shut down.

As you may have heard, a government shutdown is looming here in D.C. Many of you out there watching probably think, “So what? That can be a good thing. Less of Washington, fewer bureaucrats telling us what to do and how to spend our money.”  Those are all good points.

But that is not why Democrats are threatening to shut down the government.

Let’s keep in mind this is the same party that is always telling us if we shut down the government, this will be a travesty for millions of Americans, so many government programs and services will be unmet.

But yet they’re still willing to do so. Why is that?

Well, it’s because their liberal base is demanding that in this election year they put the needs and desires of those who are here in this country illegally before anybody else.

So if you’re an American who wants to live in a safe community and wants a safe border, too bad for you. If you’re a man or woman serving in our military, sworn to protect us around the world, well, we’re just not going to get those funds in that the military may need. And if you’re somebody who is not an American citizen but you’re standing in line because you, too, want to have a chance at the American dream and you’re trying to do it the right way? To all of those folks, Democrats are saying, “Get to the back of the line. ”

Now for all of you of [Deferred Action for Childhood Arrivals] recipients out there who may feel as though you’re kind of a pawn in this whole thing: Well, you have a reason to believe that. Keep in mind Democrats have made promises to you before. But when Barack Obama was president, Nancy [Pelosi] was running the House, Harry [Reid] was running the Senate—for two years, Democrats were in control of the White House and Congress, they did absolutely nada.

That’s why Democrats are willing to shut down government. The reality is they don’t really want a deal on immigration. They talk about addressing the needs of the DACA population, but they have no time to address the other side of the immigration issue, border security and enforcement.

Here’s the deal. Democrats are fearful that President [Donald] Trump and Republicans could go into the midterm elections with both victories on tax cuts and immigration reform. So at the end of the day, that’s what all of this is about. It’s an election year, and that means politics, not people, are their priority.