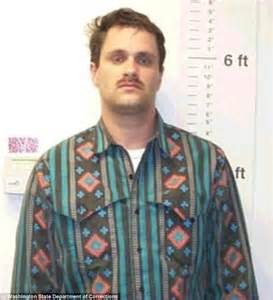 Anthony Weiner, a former congressman convicted of persuading a 15-year-old girl to strip naked and perform sex acts on herself over Skype, was sentenced to just 21 months in prison.

The pedophile has connections: His estranged wife is Huma Abedin, top aide to Hillary Clinton. So, just 21 months (he’ll likely serve less than half of that), oh, and a cushy penitentiary, the Federal Medical Center Devens in Ayer, Mass.

Douglas Blouin, 51, was convicted of downloading child pornography through a peer-to-peer computer network, and prosecutors want him jailed for 13 years — the maximum term under the law. Weiner faced 11 to 14 years in prison. So Blouin’s lawyer asked the judge for the same leniency.

“Congressman Anthony Weiner was recently sentenced to 21 months in custody after he convinced a 15-year-old to produce child pornography,” public defender Mohammad Ali Hamoudi said in a memo to the court.

But Blouin has a record. He was also convicted of child molestation in 1997 and served seven years in jail for that crime.

“Plainly, his sexual appetite for children has not changed,” Assistant U.S. Attorney Matthew Hampton said in court papers. “And while his age and health may make it less likely that he reoffends, he still poses a danger to the community that is best addressed through lengthy incarceration and lifetime supervision.”

Still, Weiner’s light sentence has set a precedent, and other pedophiles will no doubt continue to press for similar leniency.