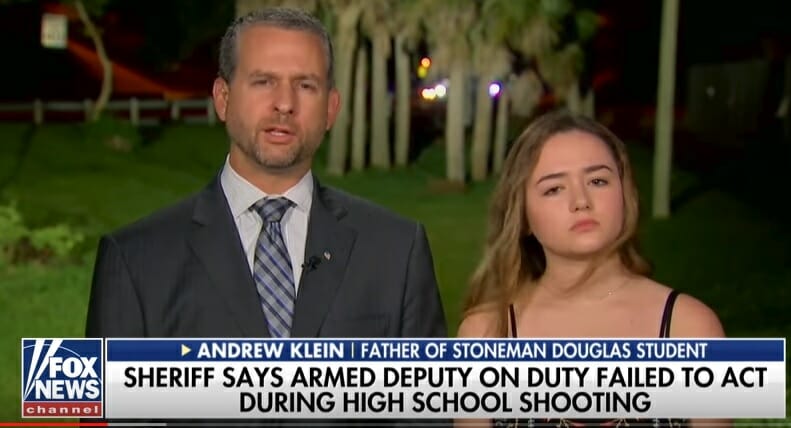 A second accuser stepped forward on Thursday to accuse CNN of scripting their anti-gun town hall this week.

Andrew Klein, the father of a Marjory Stoneman Douglas student, told Laura Ingraham that CNN was only interested in interviewing those willing to “espouse a certain narrative.”

A second accuser has come forward with the credible allegation that CNN is only interested in interviewing those willing to “espouse a certain narrative” in favor of gun control.