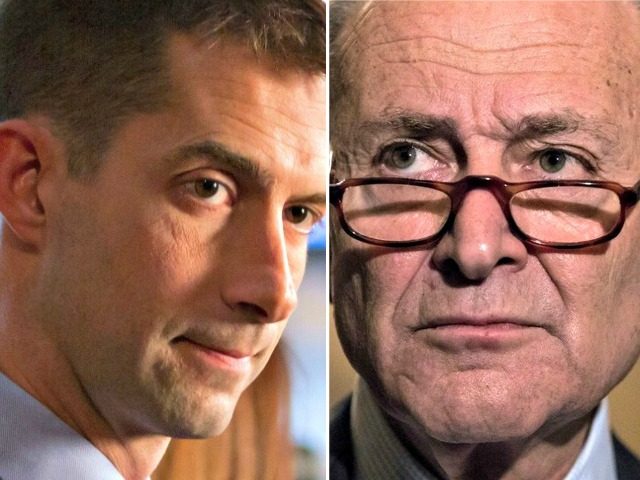 On Friday Senator Chuck Schumer and Democrats shut down the government so illegal immigrants could gain amnesty.

Democrats hold a minority position in the US Senate but they do have the support of Sen. Lindsey Graham, Senator Jeff Flake and others.

The Gang of 6 bill would have offered Mr. Trump less than 10 percent of his border wall, and only a 3 percent cut to existing paths of family-based chain migration.

The president does not support this.
Neither do Americans.

But it gets worse…

Senator Tom Cotton tweeted out on Monday that the DREAMER AMNESTY proposed by Lindsey Graham and Dick Durbin offers amnesty to the DREAMERS AND THEIR PARENTS.

Senator Cotton: Did you know Flake-Graham-Durbin grants AMNESTY to parents of DACA population? The whole […]