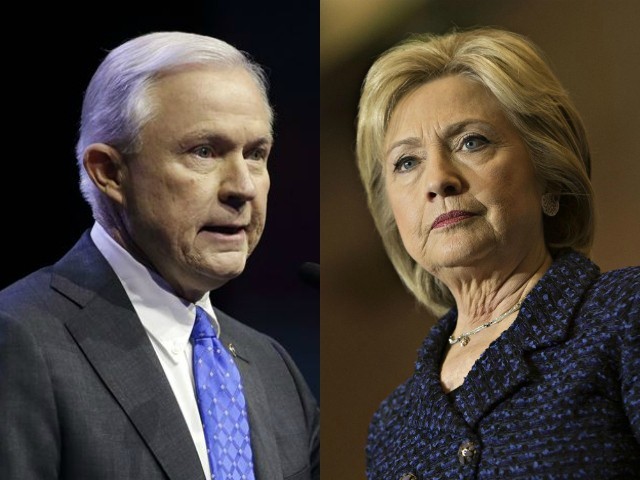 “The Attorney General has directed senior federal prosecutors to evaluate certain issues raised in your letters.”

The “certain issues” that Sessions instructed senior federal prosecutors to start evaluating include the Uranium One deal and suspected criminal business dealings connected to the Clinton Foundation, Fox News reported.

The letter, written by Assistant Attorney General Stephen Boyd, was in response to requests from House Judiciary Committee Chairman Bob Goodlatte (R-VA) and other committee members to appoint a special counsel to investigate the “certain issues” regarding Clinton.

Fox News noted that the letter specifically mentioned the FBI’s handling of the criminal investigation into Clinton’s emails and the actions taken by former FBI Director James Comey.

The report from Fox News confirms an earlier report from Circa News which stated that requests to Justice Department officials over the past year have triggered “ongoing investigations.” Circa News reported:

Multiple sources, including congressional officials, tell Circa that the requests sent to the Department of Justice over the past year have led to ongoing investigations, which they say also include investigations into the alleged leaking of classified information to the media and the improper unmasking of Americans.