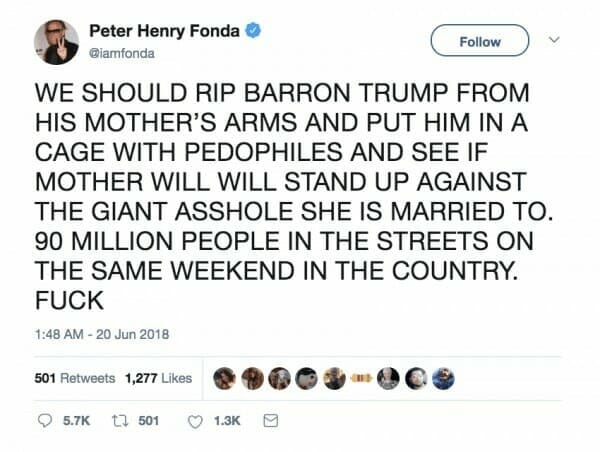 Fonda wasn’t done though.
He threatened the children of border agents.
And called for mass protests against the “Giant A$$hole” President Trump.

Peter Fonda STILL has a Twitter account and Sony is STILL set to release his new project in two weeks.
Censorship is ONLY for conservatives. 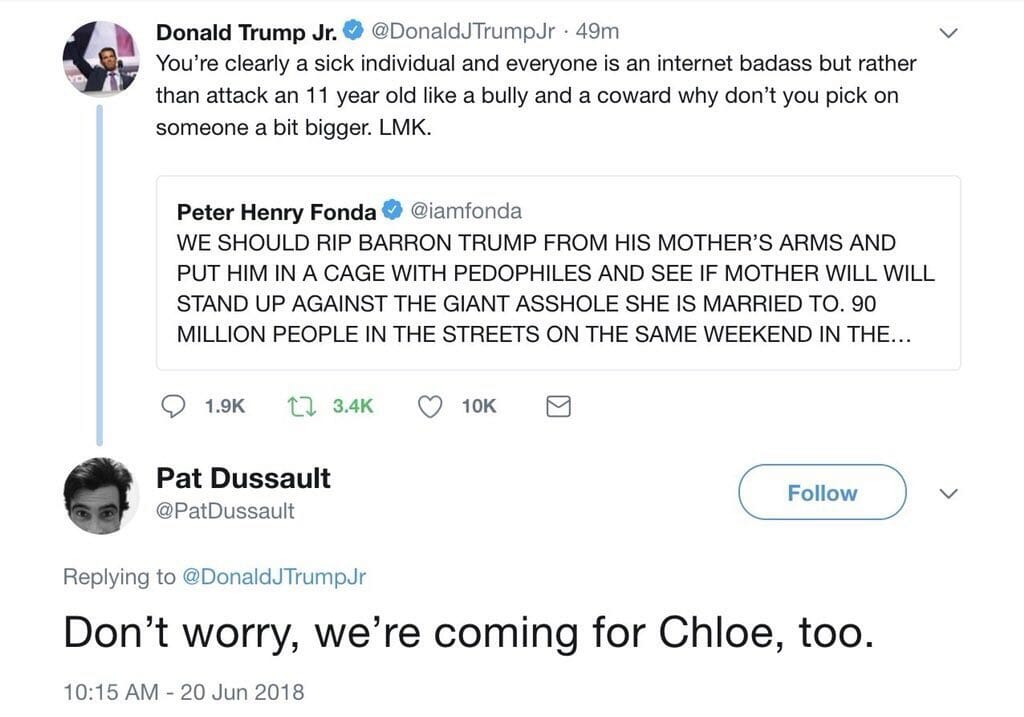