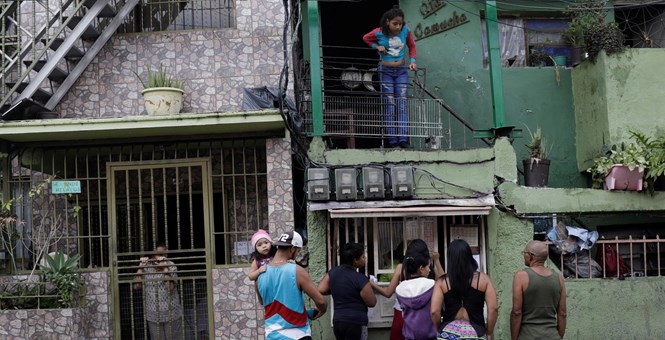 I don’t think the late Hugo Chavez was expecting 21st Century Socialism to bring his country to the brink of economic disaster, some could argue its already there. For over a year, the Latin American nation, which at one time was one the region’s richest nations, has reached a level of destitution that’s so bad it can no longer feed its people. The situation has become so depraved that doctors and teachers are now turning to prostitution for food. In April of 2016, the situation was becoming known when toilet paper was becoming a rare commodity. Then, the horror stories from the nation’s medical system, where things had degraded to 19th century-level quality of care. Soap and gloves were becoming rare in hospitals. People had begun eating out of trashcans as well. By summer of 2016 there were reports of zoos being broken into because people were taking the animals for food. Pets (dogs, cats, and even birds) are also a reported food item. The Daily Beast recently reported such a break in at zoos in Maracaibo and Caracas:

In a country that once was rich, but where people are beginning to starve, few animals are safe. One morning in August at the metropolitan zoo in the torrid city of Maracaibo, workers were shocked to find the bones of a buffalo and some wild pigs inside their cages with clear signs of mutilation. Thieves allegedly stole the meat to eat what they could and sell the rest on the local market.

In west Caracas, at the zoo of Caricuao district, the same sort of thing happened. Watchmen found the bones and offal of a black horse inside its enclosure. Apparently the perpetrators only took the edible parts of the animal.

Venezuela’s increasingly authoritarian President Nicolas Maduro knows people are going hungry in his country, but he doesn’t know what to do about it. He keeps announcing new stopgap measures, but his words don’t carry a lot of nutritional weight.

One of the latest programs was the so-called plan conejo (rabbit plan), a failed attempt to start rabbit farms all over the capital in order to substitute the proteins that come from unaffordable chicken and even more unaffordable beef.

Meanwhile, the secretary of the union of workers in zoos and national parks, Marlene Sifontes, says the situation in the zoos is far worse than the headlines have suggested. It’s not just a question of animals being eaten, it’s the question of whether the animals themselves will be able to eat at all. Some animals are dying from malnutrition and some others are dying because of the lack of medicines for the treatments they require.

The most emblematic case: Ruperta the Elephant. She is one of the oldest animals in the zoo of Caricuao, but here emeritus status could not prevent her from suffering the negative impact of the economic crisis. Much like Natalí and Luis Miguel and their families, and indeed like most Venezuelans, Ruperta the Elephant is going hungry.

Adding to the story about Venezuelans turning to prostitution for food, we now have girls as young as 12 working at brothels, all driven there because of the hunger crisis. The Guardian reported on this back in August.

Hunger is gnawing at Venezuela, where a government that claims to rule for the poorest has left most of its 31 million people short of food, many desperately so. As night falls over Caracas, and most of the city’s residents lock their doors against its ever more violent streets, Adriana Velásquez gets ready for work, heading out into an uncertain darkness as she has done since hunger forced her into the only job she could find at 14.

She was introduced to her brothel madam by a friend more than two years ago after her mother, a single parent, was fired and the two ran out of food. “It was really hard, but we were going to bed without eating,” said the teenager, whose name has been changed to protect her.

Since then Venezuela’s crisis has deepened, the number of women working at the brothel has doubled, and their ages have dropped. “I was the youngest when I started. Now there are girls who are 12 or 13. Almost all of us are there because of the crisis, because of hunger.”

She earns 400,000 bolivares a month, around four times the minimum wage, but at a time of hyperinflation that is now worth about $30, barely enough to feed herself, her mother and a new baby brother. She has signed up to evening classes that run before her nightly shift, and hopes to one day escape from a job where “everything is ugly”