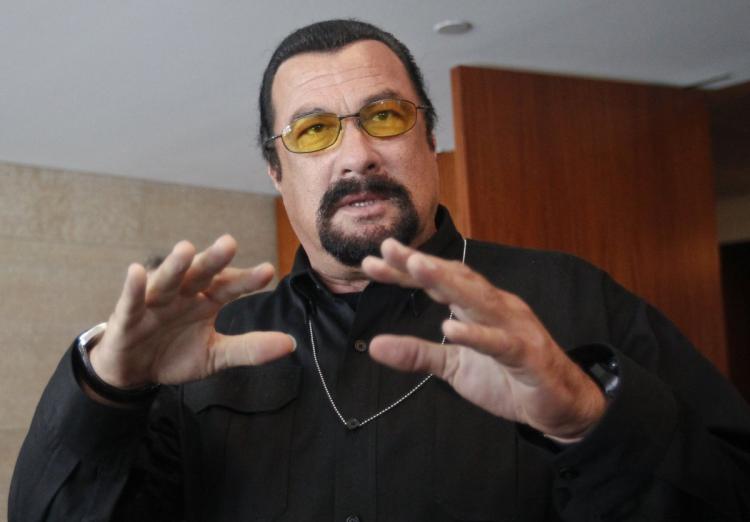 Steven Seagal is the latest major Hollywood figure accused of sexual misconduct in the wake of the Harvey Weinstein scandal.

The Under Siege star was recently accused of trying to proposition Inside Edition correspondent Lisa Guerrero back in 1996. In a new interview with Newsweek, the reporter said the actor asked to meet with her at his home to do a private audition for the movie Fire Down Below. Feeling uncomfortable, Guerrero told the outlet she went with a female representative from her casting firm. Guerrero claimed Seagal greeted them wearing only a silk robe.

“When I read about Harvey Weinstein, the reports of him appearing in a robe triggered me,” she told Newsweek. “That’s exactly what Steven Seagal did. I found out later that he was notorious for this.”

Guerrero said the actor originally told her she did a great job only to insist she would have to return for a “private audition” at his home to get the lead role, according to her manager. She told Newsweek that said she declined, and that the role subsequently went to another actress (Marg Helgenberger of C.S.I. fame).

This doesn’t mark the first time Seagal has been accused of acting inappropriately.

In 1998, Jenny McCarthy recalled an alleged incident in which he asked her to audition naked for the movie Under Siege 2. The actress told Movieline at the time that she went in for a private audition when the actor claimed there was “nudity” called for in the script, and asked her to take off her dress. She said she was reduced to tears and left after arguing with Seagal.

A spokesman for Seagal denied McCarthy’s claims to The Daily Beast. Representatives for Seagal have not responded to PEOPLE’s request for comment regarding both claims.

Guerrero’s allegation comes on the heels of the Weinstein scandal. The movie mogul has been accused of sexual misconduct in the past couple weeks by more than 40 women, including multiple allegations of assault. (Weinstein has denied any allegations of non-consensual sex.)