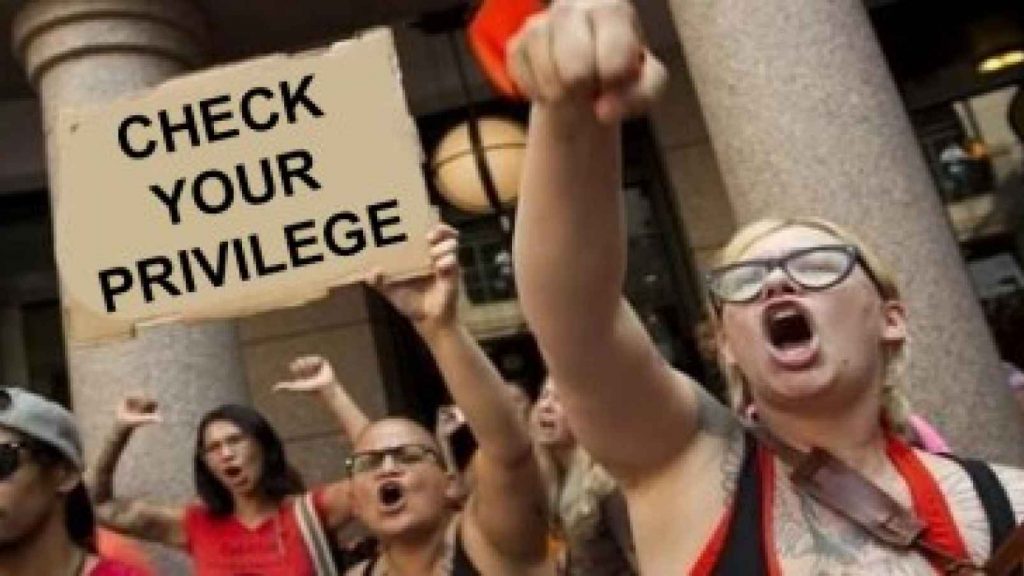 Understanding why dissenting views are not permitted.

Everyone is familiar with “peer-pressure.”

Adults like to convince themselves that peer-pressure is a juvenile phenomenon, something to which only children and, especially, teenagers are subjected.  Grown-ups, we assure ourselves, are sufficiently tough-minded and strong-willed.  Unlike weaker, immature kids, we are individuals with the courage to go our own way—regardless of who thinks what.

This way of thinking is especially self-delusional in the case of contemporary academics, just those who, presumably, are sufficiently discerning to recognize that the ethos of their peers is far from a self-evident Truth.

Yet ideological conformity, or Groupthink, is more entrenched in academia than it is almost anywhere.

Academics tend to constitute what the Polish-Jewish philosopher of science Ludwik Fleck called a “thought collective.”  A thought collective is a community the members of which largely endorse the same ideas and share common manners of thinking and perceiving.  “Thinking is a collective activity,” Fleck wrote back in the 1930’s.  “Its product is a certain picture, which is visible only to anybody who takes part in this social activity, or a thought which is also clear to the members of the collective only.”

In short: “What we do think and how we do see depends on the thought-collective to which we belong.”

Every thought-collective has a “collective mood” and a “thought style.” The former produces the latter.

“The force which maintains the collective and unites its members,” Fleck explains, “is derived from the community of the collective mood. This mood produces the readiness for an identically directed perception, evaluation and use of what is perceived, i.e. a common thought-style” (emphasis added).

In other words, the collective mood of a thought-collective binds its members by demanding of them the affirmation of common values and the thinking of common thoughts.  Even the technical terminology of the “esoteric” circle of the thought-collective—its elite, the specialists, those who have achieved a greater degree of fluency in the discourse of the collective—have anything but the cold, value-neutral accuracy that they are supposed to possess.  Quite the contrary: These terms have “a specific thought-charm,” “a certain specific power,” for they are “not only a name but a slogan.”

That this is the case, Fleck says, is borne out readily enough by the widespread sense on the part of new members of an esoteric circle that joining it has “the value of the sacrament of initiation.”

The “identically directed perception, evaluation and use of what is perceived” required for the solidarity among the members of a thought-collective is achieved through emotion-laden terms or “thought-charms.”  It as well obtained by way of the neglect and marginalization of those outside the collective.

Focusing on the contemporary state of the liberal arts and humanities, it doesn’t take a stretch of the imagination to apply Fleck’s theory of the thought-collective to academia.  This thought-collective is marked by a distinctive manner of conceiving reality, what is commonly recognized by both its members as well as non-members as an ideologically leftist or “Politically Correct” orientation.

The dominant thought-collective of academics in the liberal arts (including the “social” sciences) is facilitated by way of a specialized idiom that reinforces conformity among its members while devaluing non-members. Here are some examples:

Equality/Inequality: There is no topic over which academics obsess more than this one. In fact, the fight for “social justice” is the fight against “inequalities” and/or for Equality.  But by Equality, what the members of this thought-collective have in mind is a centrally-directed distribution of material and economic resources that comports with the ideal distribution of their imaginings.

Racism: For as much as this term is used by everyone these days, no one really knows what, if anything, it even means. While your average person is ready to equate it with a hatred for or a willingness to do bad to the members of another race, this is decidedly not what contemporary academics mean by this term.

“Racism” is used by the thought-collective of academics to denote a subconscious phenomenon limited (almost entirely) to white people.  It is said to saturate the very institutions or “structures” (another thought-charm) of European or Western civilization.  Thus, by this definition, even the most benevolent, well-meaning of whites is affected by “racism.”

White Privilege: This is another weasel word that is all the rage among academics these days. “White privilege” denotes nothing.  However, it is meant to reinforce the unsubstantiated, verifiably false charge that non-white peoples remain the targets of relentless “racism.”

Whether an individual is rich or poor, successful or unsuccessful, virtuous or vicious, if he or she is white, then he or she enjoys an existence more “privileged” than any experienced by any other nonwhite person—however wealthy, powerful, famous, healthy, and even happy this nonwhite person may be.

And this brings us to our next thought-charmer.

The Disadvantaged: This abstraction refers to no one, though it is devised to imply that those, primarily nonwhites, who by any social index fare worse than whites do so because they are at a “disadvantage.”  This in turn is meant to suggest that their disadvantage has been imposed upon them by—who else?—the larger white society.

Sexism/Homophobia/Islamophobia/Transphobia/Xenophobia, etc.: Space constraints preclude a more thorough analysis here, but the bottom line is this: The thought-collective comprised of academics has created whole departments invested exclusively in promoting the fiction that the entirety of Western (European) civilization is responsible for the mistreatment of women, gays, Muslims, the trans-gendered, and, well, everyone other than white Christian men.

And while these “isms” and “phobias” have no denotation, this matters not, for the members of the thought-collective care only that they connote something really bad.  As with “racism” and “white privilege,” “sexism,” “homophobia,” and the like are said to reside within the very institutions and assumptions of Western societies.

This list of these “slogans” with their “thought charm” could be expanded indefinitely.  For now, though, it should be clear that (most of) today’s academics, far from being deep, curious thinkers, are in reality joint-members of a thought-collective.