This is the most important series of of posts I have ever written.

The United States of America is one bad presidential election cycle away from the establishment of a permanent socialist “one-party-state.”

On the current trajectory, if President Trump is defeated in the 2020 presidential election,  his likely Democratic successor will bring into power a clique of  “former” Maoist communists intent on permanently consolidating their control over this country. The “clique” in question has its roots in what was once America’s largest pro-China, Marxist-Leninist organization, the “League of Revolutionary Struggle” (LRS). 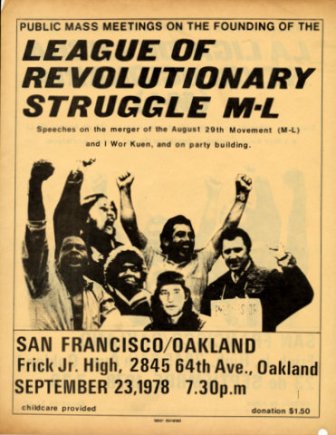 Founded in 1978, the LRS, at its height, had chapters in over a dozen cities with nearly 3,000 cadres and thousands of followers. Its newspaper, Unity/La Unidad, was published bi-monthly in three languages — English, Spanish and Chinese. The LRS was also unusual for communist organizations of the era in that the majority of its membership was Black, Asian or Hispanic, and women played strong leadership roles.

The LRS was a true “rainbow coalition.” 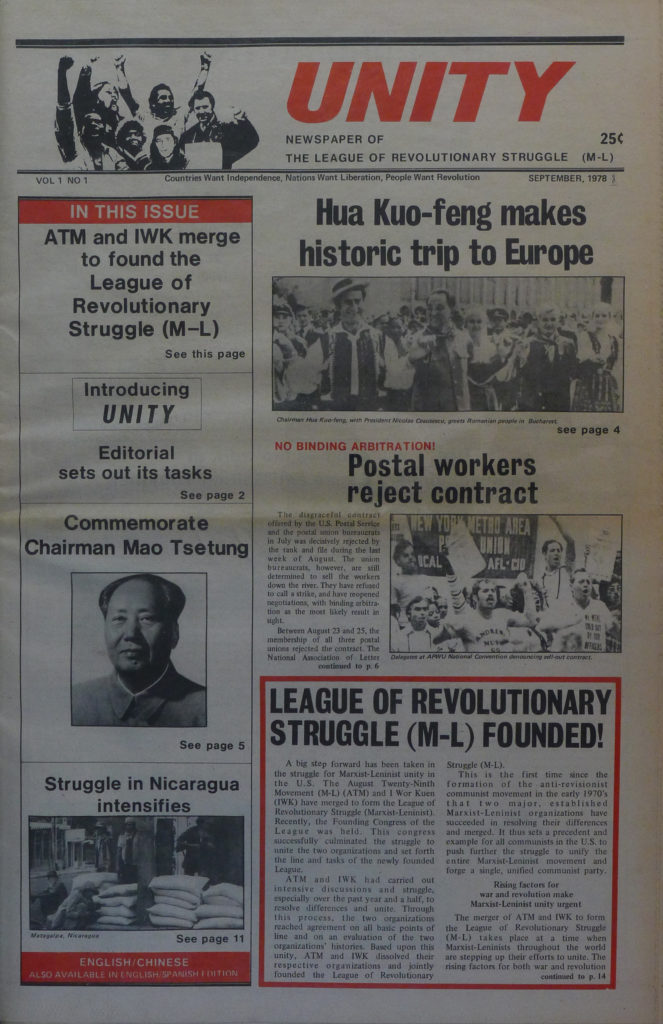 The League was very active in student politics, particularly in the Bay Area, and had strongholds at UC Berkeley, San Jose State, San Francisco State and Stanford University in Palo Alto, California.

In 1990, after the shock of the Chinese Communist Party’s slaughter of students in Tianmen Square and Beijing’s move away from overt Maoism, the LRS split into two factions.

The larger grouping (including most of the Asian comrades) dropped Maoism and maintained control of the Unity newspaper and re-branded itself as the Unity Organizing Committee. The other faction kept a more traditional Marxist-Leninist outlook, becoming the Socialist Organizing Network, which later merged with the Freedom Road Socialist Organization.

The Unity Organizing Committee disavowed Marxism-Leninism, devoting themselves to electoral politics, especially through the left wing of the Democratic Party.

Remnants of this faction, many of them Stanford alumni, have made good on their commitments. Their network is now active at the highest levels of the Democratic Party, as well as its supporting and allied organizations. Affiliates have held senior positions in the Clinton Administration, the Obama Administration and the Hillary Clinton presidential campaign. Many supporters hold influential positions in major non-profits, organized labor and business. Several U.S. Senators are beholden to the network, as are many Congress-members, gubernatorial candidates and state legislators.