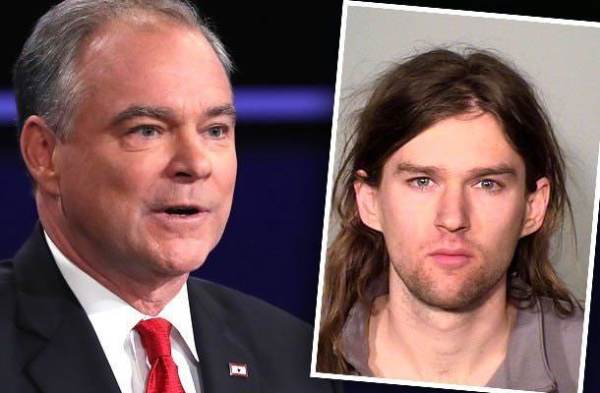 Former-Hillary Clinton running mate and Virginia Democratic Senator Tim Kaine said that he does not know “enough” about Antifa, but says that it is not fair to paint them with a “broad brush”.

Thursday, in a comment to the Daily Caller regarding whether or not Antifa should be labeled a terrorist organization, Sen. Kaine responded:

“I don’t like broad brushes and I don’t know enough about them to say that they’re terrorists, but people who do violent things – the law should take care of them.”

Of course this is Kaine’s response, given the fact that his son is in fact a member of Antifa.

Just a reminder that Tim Kaine's son, "Woody" Kaine, is a violent member of Antifa.

How is this not a bigger deal?! pic.twitter.com/0ULsVqdIIB

TGP reported earlier this week about Kaine’s son, Linwood Kaine, and his arrest at the Minnesota State Capitol back in March after disrupting a pro-Trump rally. The mob that Kaine’s son was participating in were hurling punches and spraying Trump supporters with pepper spray.