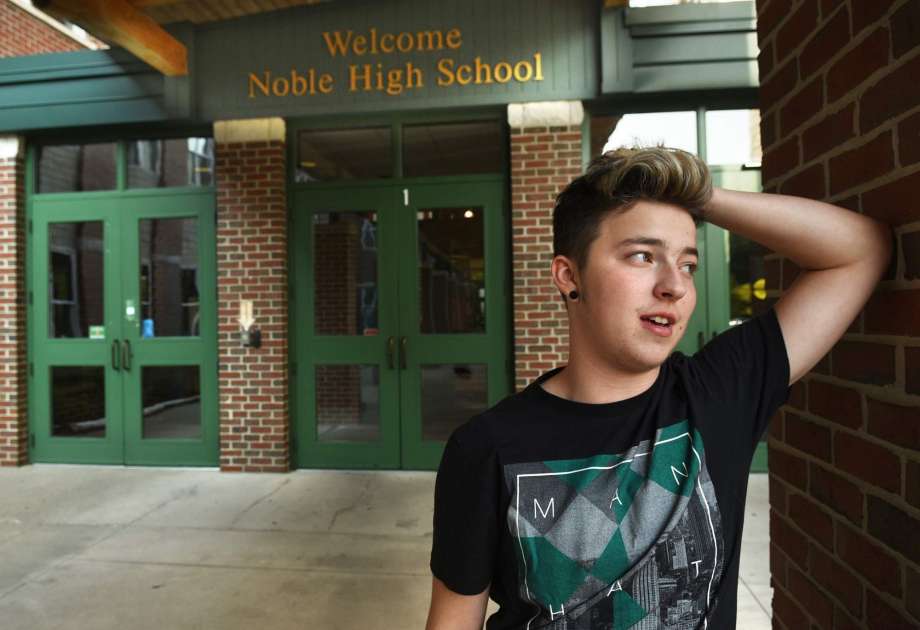 A Maine girl who decided to become a boy was named homecoming king at her new high school after leaving a Christian high school where she said she was “dying mentally.”

Stiles Zuschlag, 17, attended Tri-City Christian Academy in Somersworth, New Hampshire. The Huffington Post writes that Zuschlag “went to speak with a school administrator in August about being identified as a male but was instead given an ultimatum. He had to confess his sins, stop taking testosterone treatments and receive Christian counseling or find a new school.”

Transferring to Noble High School, roughly seven miles away, Zuschlag said she decided to nominate herself as possible royalty “as a joke,” adding, “I asked on Snapchat as a joke to put me in and people actually did it. I didn’t really expect them to. I still can’t believe they did that for me … After I won at the homecoming game, I almost started crying. My friends all put me in, people I didn’t even know put me in, everyone voted for me on the final ballot.”

Zuschlag told HuffPo, “This experience feels like a dream. It’s something I never thought could have happened to me.”

Zuschlag told HuffPo that God saved her from the Christian school:

I’ve been degraded so much in the past, I’ve conformed to other people’s beliefs and standards just to make them happy and comfortable. I’ve put myself in situations really hurtful to my mental health just to keep peace. God forced me out of that situation, that school, knowing that my mental health was far more important than my education. The only reason I stayed at the school for so long was for my education, for my GPA, and to just learn about God. But I was also dying there mentally and I suffered a lot. God took me away from that to help me be a better person, to breathe again, to be happy again. I’m so grateful He did that for me.