President Trump is traveling to London for his first state visit to the UK since becoming president. The US president will meet with Queen Elizabeth and travel to France for the 75th anniversary of D-Day. 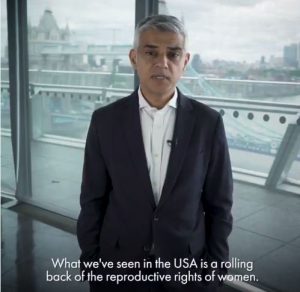 Khan went on television to trash President Trump in an interview.
Khan posted a video on Twitter for Elle Magazine UK.

Mayor of London, @SadiqKhan has a message for @realDonaldTrump on his arrival to London about how women ought to be treated globally. 'Dear Trump…' https://t.co/hJ5uhS9wU6 pic.twitter.com/MwlwJu5Lpf

President Trump hit back at the “terrible” Mayor Sadiq Khan when landing in London.