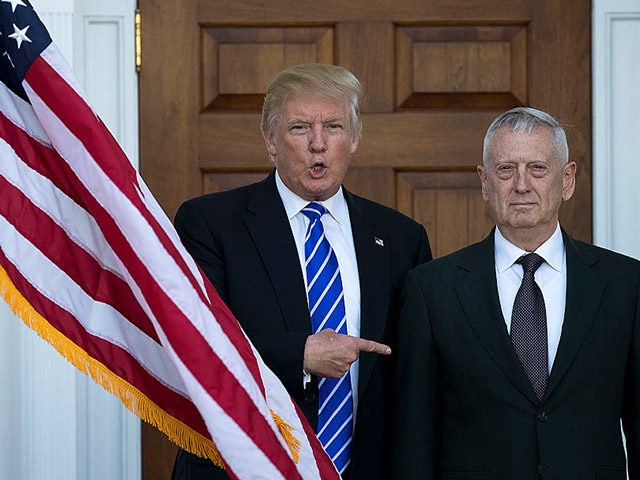 President Trump has been quietly making lifetime appointments to fill more than 100 vacancies on federal courts across the country.

With five judges confirmed, another 30 pending and 123 seats left to fill, according to one group tracking the numbers, Trump has the opportunity to revamp the judiciary branch and carve out a legacy for himself that could stand the test of time.

“It can’t be overstated the impact the individuals he’s appointing will have on millions of people across the country and their children for a generation or two,” said Dan Goldberg, legal director at the liberal Alliance for Justice.

“The Supreme court only hears about 80 cases a year. 99 percent of cases end in the federal courts of appeal or at the trial level.”

Trump’s biggest achievement in office so far has been the confirmation of Neil Gorsuch to the Supreme Court, for whom Republicans changed the Senate rules to proceed to a confirmation vote with a simple majority.

“Well, we have a new Supreme Court justice,” McConnell said when asked how he’d explain to voters the party’s failure to repeal ObamaCare this summer.

“We have 14 repeals of regulations. And we’re only six months into it. Last time I looked, Congress goes on for two years.”

While another appointment to the high court in Trump’s presidency is possible or even likely, given the ages of several justices, it’s appointments to the lower district and circuit courts where the president is likely to have a bigger impact.

Ilya Shapiro, a member of the conservative Federalist Society and senior fellow in constitutional studies at the Cato Institute, said only one of the 13 federal circuit courts had a majority of judges appointed by Democrats when Obama took office.

When Obama left office, nine of the 13 courts had a majority of Democratic appointed judges, Shapiro said.

Bush was one of Trump’s most controversial picks so far.

“This is an individual who had no right being a federal judge,” Goldberg said.

“There are a lot of Republican lawyers out there who the president could have nominated, but instead he nominated someone who had an anonymous blog and used it to express fringe views and extreme hostility to people of different communities.”

In blog posts written under the pseudonym “G. Morris” on Elephantsinthebluegrass.com, Bush called decisions in Roe v. Wade, which recognized a woman’s constitutional right to an abortion, and Dred Scott v. Sandford, which affirmed slavery, “the two greatest tragedies in our country.” He also wrote about Obama’s ties to Kenya, quoting sites that spread conspiracy theories that the former president was not born in the U.S.

The Senate has also confirmed appellate lawyer Kevin Newsom to the Atlanta-based 11th U.S. Circuit Court of Appeals and Idaho trial court Judge David Nye, a former Obama nominee whom Trump re-nominated, to be a judge on the U.S. District Court for the District of Idaho.

Court watchers say Damien Schiff, whom Trumped has tapped to be a judge on the U.S. Court of Federal Claims, is the Senate’s next big test.

An attorney for the conservative Pacific Legal Foundation, Schiff is another prolific blogger who’s been widely opposed by Democrats, as well as environmental, worker and civil rights groups.

“Damien Schiff, who’s pending on the floor now, will be the next big moment where all 100 senators have to decide if they are going to be a rubber stamp,” said Kristine Lucius, executive vice president for policy at The Leadership Conference on Civil and Human Rights.

“Schiff’s appointment is not technically a lifetime appointment, but really it is. Judges on the U.S. Federal Claims Court have 15-year terms, but after 15 years they can serve as senior judges for the rest of their lives.”

When the Senate returns from its summer recess in September, the Judiciary Committee will hold its first hearing on the nomination of Amy Coney Barrett to the 7th U.S. Circuit Court of Appeals. Barrett, a law professor at the University of Notre Dame Law School, has written about the duty of Catholic judges to put their faith above the law, according to AFJ.

In a 1998 article she co-authored for the Marquette Law Review titled “Catholic Judges in Capitol Cases,” AFJ said she criticized Justice William Brennan for saying “there isn’t any obligation of our faith superior” to the oath to uphold the law.

“We do not defend this position as the proper response for a Catholic judge to take with respect to abortion or the death penalty,” Coney Barrett reportedly wrote.

Conservatives, meanwhile, are accusing Democrats of “slow walking” the judicial nominations. Under the “blue slip” process, senators sign off on judicial nominees from their home state; they object to a nominee by failing to return the paper to the Judiciary Committee.

“Senators [Debbie] Stabenow and [Gary] Peters [of Michigan] just their returned blue slips on Joan Larsen, but it took them a long time to do it,” John Malcolm, vice president for the Heritage Foundation’s Institute for Constitutional Government, said of Larsen, who has been nominated to the 6th Circuit but was on Trump’s short list for the Supreme Court.

“Franken and Klobuchar are still holding onto David Stras. I’m hoping this may change, but Democrats have been insisting on 30 hours of debate for all the president’s nominees and virtually all of his judicial nominees.”

Liberal groups say the only reason Trump has so many vacancies to fill is because Republicans refused to negotiate with Obama.

“I don’t think we’ve seen Democrats saying ‘I’m not going to return my blue slip as a matter of course,’” said Lucius, a former staff director for the Senate Judiciary Committee.

“The question is what process are Democrats in the Senate going to require? The Senate has two roles, not just one: advise and consent. … Home-state senators are supposed to be giving advice on who to nominate.”

Obama had 329 judicial nominees confirmed during his two terms in office.

Critics of Trump’s judicial nominees have accused him of outsourcing the process to conservatives groups like the Federalist Society, but members of those groups say they are happy Trump has turned to them.

“Elections have consequences. It can’t be understated that judicial nominations, being lifetime appointments, are huge,” Shapiro said.

“And a given my perspective, I’m glad this is an area President Trump is deferring to people who have good ideas about this sort of thing and running the process smoothly.”

(First reported by The Hill)http://thehill.com/regulation/administration/346248-trump-quietly-putting-his-stamp-on-the-courts   (August 15, 2017)