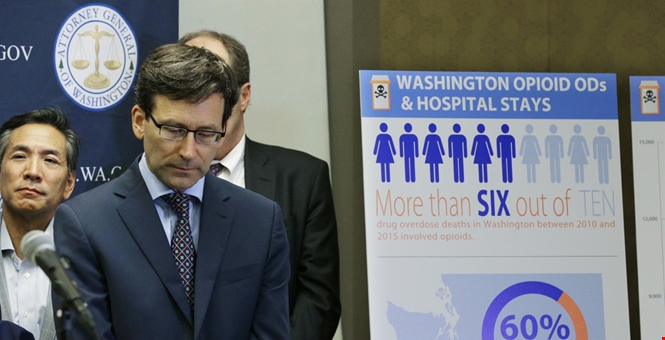 Trump explained the delay by saying that he wanted to get it “absolutely right” before making a declaration.

“We are going to have a major announcement, probably next week, on the drug crisis and on the opioid massive problem and I want to get that absolutely right,” Trump said, billing the official declaration as a large step that took time.

During an impromptu news conference in the White House Rose Garden alongside Senate Majority Leader Mitch McConnell, Trump said he would declare a national emergency when asked why he had not followed through with his initial pledge.

The opioid epidemic has exploded in recent years, and opioid overdose is now the leading cause of injury-related death in the United States. New England, Appalachia, and parts of the midwest are among the hardest hit by the epidemic. Over 60,000 people died from an overdose in 2016, which is 19 percent more than 2015’s numbers.

Trump campaigned heavily regarding the opioid crisis, and during the campaign he made frequent references to doing something to combat the deadly epidemic. Last week, First Lady Melania Trump visited an infant treatment center in West Virginia.

The last time a public health emergency was declared relating to a disease (as opposed to a natural disaster) was last year, when Puerto Rico had cases of Zika.