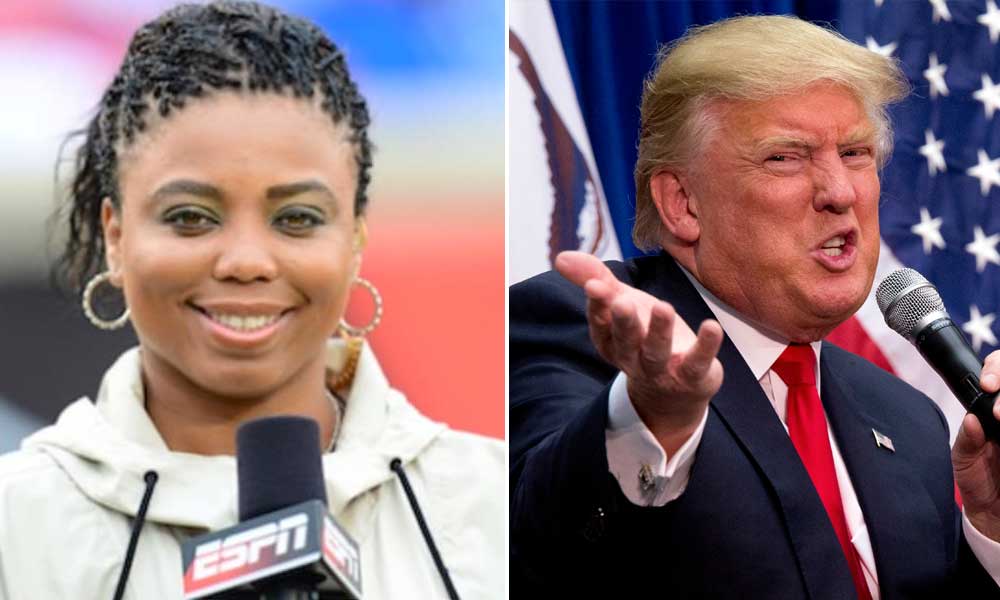 It was only a matter of time before Donald Trump responded to ESPN’s Jemele Hill attacking him on Twitter and calling him a white supremacist.

The president addressed the remarks with a tweet Friday morning, sandwiched between a series of other statements on ISIS and national security.

ESPN is paying a really big price for its politics (and bad programming). People are dumping it in RECORD numbers. Apologize for untruth!

“ESPN is paying a really big price for its politics (and bad programming). People are dumping it in record numbers. Apologize for untruth!,” the president wrote.

On Monday of this week Jemele Hill, who serves as co-host on SportsCenter’s “The Six,” fired off a tweet storm directed at Trump in which she called him a white supremacist.

Trump is the most ignorant, offensive president of my lifetime. His rise is a direct result of white supremacy. Period.

White House Press Secretary Sarah Huckabee Sanders addressed the tweets in a press briefing on Wednesday, but said that she wasn’t sure whether or not Trump was aware of Hill’s remarks.

“That is one of the more outrageous comments that anyone could make and certainly something that is a fireable offense by ESPN,” Sanders said.

ESPN addressed Hill’s tweets in a statement earlier this week, but did not indicate whether or not she would be disciplined. She is yet to apologize for calling the president a white supremacist.