On Thursday President Donald Trump reiterated his campaign opening comments on Mexican rapists by speaking about high levels of rape of migrant women.

Trump reprises “Mexicans are rapists” comments: "Remember my opening remarks at trump power when I opened. Everybody said, oh, he was so tough. I used the word rape. Yesterday it came out where this journey coming up, women are raped at levels that nobody has ever seen before." pic.twitter.com/b24g6AYwgk

The liberal media was outraged at the president’s comments.

As Kristinn Taylor reported yesterday the president was right!

According to the far left Huffington Post 80% of the women from Central America are raped crossing into the United States.

Trump was right.
Rapists are crossing over into the US southern border.
And officials are finding rape trees. 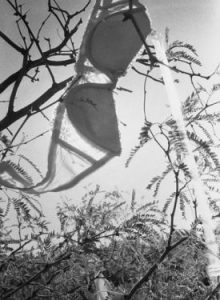 Women’s undergarments hang in a tree near the US border.

Latina.com reported on this tragic development in 2009:

From beheading to kidnappings, there seems to be no limit to what the Mexican drug cartels are willing to do to assert their dominance […]