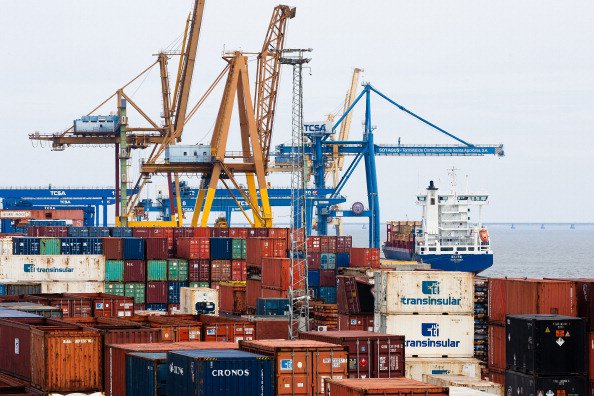 The U.S. Department of Agriculture is promoting increased trade with Iran, despite clear opposition to this policy by the Trump White House, according to multiple sources who described the agency’s behavior as rogue and part of a lingering effort by the former Obama administration to promote international trade with the Islamic Republic.

A July report released by USDA praises the Obama administration’s efforts to open trade with Iran following the landmark nuclear agreement that dropped major sanctions on the Islamic Republic. The report contradicts White House policy on Iran, which has taken an increasingly hardline against increased relations with Iran under President Donald Trump.

The report is being viewed by administration insiders and regional experts as the product of efforts by the former Obama administration to promote positive propaganda about Iran in a bid to boost support for the Iran deal.

These sources viewed the report as a sign that Trump administration agencies, including USDA and even the State Department, are taking increasingly rogue action contradicting official White House policy on a range of key issues.

“White House National Security Adviser H.R. McMaster should call his office,” according to Michael Rubin, a former Pentagon adviser and expert on rogue regimes. “A key component of his job—and one that his predecessors let slide—is to coordinate policy across departments. Alas, it seems that the USDA wants to pursue an independent foreign policy, one that is detrimental to broader U.S. national interests.”

The USDA report, which touts renewed prospects for trade between the United States and Iran in light of the Iran deal, outlines “the potential for new opportunities for U.S. producers in the long run.”

The report further touts the Iran deal as an opportunity to help Iran engage with international markets, including those in the United States, to sell products such as pistachios and caviar.

“The lifting of the U.S. import ban on Iranian agricultural products, including pistachios and caviar, [represents] a large new market for Iran’s most valuable export crops,” according to the USDA report. “Arguably as important, however, was the removal of certain U.S. ‘secondary sanctions,’ penalties levied on foreign persons and companies seeking to do business in Iran, particularly in its finance, banking, insurance, and energy sectors.”

“This significant change allows Iran to attract foreign investment, import equipment, and adopt new technologies, all of which bear on Iran’s agricultural production and consumption,” according to the report.

The report further claims that the United States could face competition from Iran in regards to the pistachio market and urges the American market to brace for such a scenario.

“One example of the JCPOA’s [Joint Comprehensive Plan of Action] possible effect on U.S. producers relates to pistachios,” the report states. “With relaxed import restrictions from Iran, U.S. producers potentially face new competition from the world’s largest pistachio producer and second largest pistachio exporter. Decades of sanctions and trade restrictions have pushed Iran out of the large U.S. and European markets, but news reports have suggested that Iranian pistachio imports could resurge.”

One veteran Iran analyst who is in regular contact with the White House described the report as propaganda meant to falsely promote Iranian moderation and the benefits of legitimizing the regime.

“As with Obamacare, the Obama administration conscripted the entire federal government to propagandize on behalf of the Iran deal,” the source said. “The intelligence community produced politicized reports falsely hinting at Iran moderation. The State Department produced reports saying that the Iran deal was working. The Treasury department dismantled its anti-proliferation infrastructure and then declared it couldn’t find anyone to sanction for proliferation.”

“So it’s not surprising the Agriculture Department was tasked with producing pro-deal propaganda about how the deal would benefit Americans,” the source added. “What’s surprising is that the Trump administration hasn’t managed to put a stop to that nonsense.”

Saeed Ghasseminejad, an Iran expert at the Foundation for Defense of Democracies, said the report contradicts efforts by the White House and Congress to increase pressure on Iran as a result of its illicit ballistic missile program and ongoing support for terrorism.

“The White House and Congress seek to put pressure on the mullahs in Tehran, at the same time we see that other parts of the U.S. government are endorsing and recommending policies which are not in line with the White House and Congress’ goal,” Ghasseminejad said. “The Islamic Republic of Iran is a strategic enemy of the United States; unfortunately many in DC prefer to forget this basic point.”

USDA did not respond to multiple requests for comment on the report’s origins and who authorized its production.