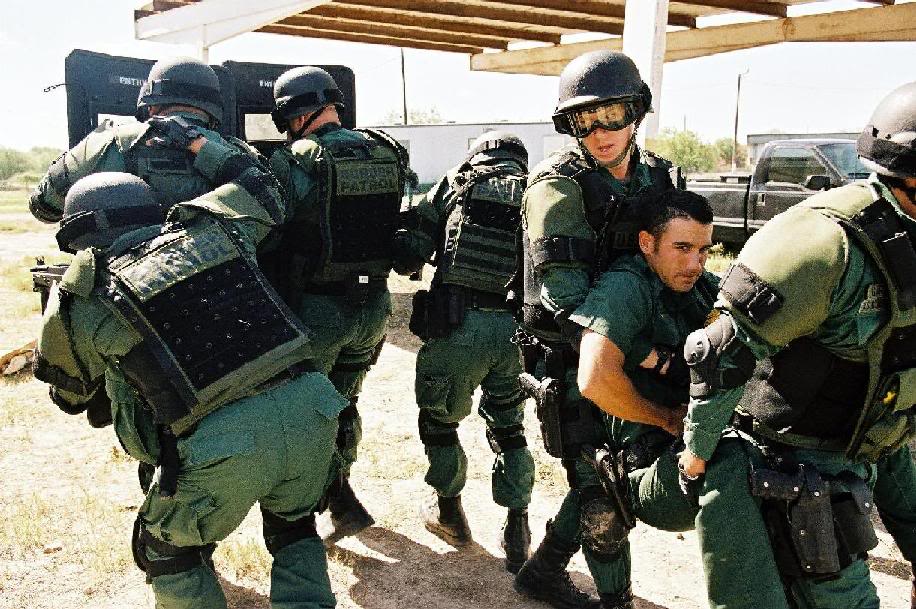 Border Patrol agents in the Rio Grande Valley Sector (RGV) of South Texas are being warned about risks posed to them on the border by “open warfare” including grenade attacks occurring on the Mexican side. The warning echoes Breitbart Texas’s Cartel Chronicles reports on the bloody war occurring at the border between a faction of the Mexican Gulf  Cartel and Mexican authorities.

The warning was issued by the National Border Patrol Council (NBPC) to agents in the RGV Sector. It reads:

Recent events in Tamaulipas, Mexico, specifically in and around the city of Reynosa, pose a special risk to U.S. Border Patrol agents working in the region.

The Reynosa faction of the Mexican Gulf Cartel recently lost its leader and the group is engaging in open warfare with Mexican authorities and possibly with rival factions or other transnational criminal groups. Open source reports indicate gunbattles and use of grenades and other explosives in the fighting.

Border Patrol agents working the line in any station’s area of operations immediately across the largely open border from Reynosa, Mexico, are advised to employ extra caution in the performance of their duties. Stray rounds from firearms have previously injured U.S. law enforcement personnel on the border.

The majority, if not nearly all of U.S. media outlets have ignored and refused to report on the violence that has broken out along the U.S.-Mexico border immediately south of the RGV Sector. The Reynosa faction of the Gulf Cartel lost its boss, Comandante Toro or Juan Manuel Loaiza Salinas aka Julian Loiza Salinas. The death sparked violent infighting and clashes with Mexican authorities. Residents in the area were forced to live under complete control of Toro, with even the news outlets having to answer to him.

Border Patrol agents and other U.S. law enforcement working on the border are indeed at risk when clashes occur between the paramilitary transnational criminal organizations in Mexico and Mexican authorities. As recently as November of 2016, one U.S. Border Patrol agent and one Texas State Trooper were shot while patrolling the border in the same sector.