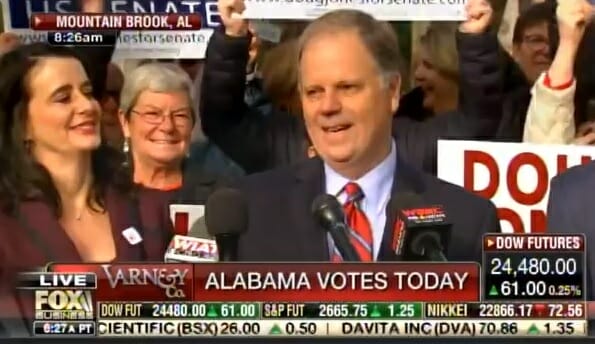 The liberal media has thrown every piece of trash they could find at Christian Judge Roy Moore this campaign season. Several accusers stepped forward after nearly 40 years to accuse the Republican candidate of despicable acts back in the 1970s.

(First reported by Jim Hoft and published by The Gateway Pundit) http://www.thegatewaypundit.com/2017/12/ultra-liberal-doug-jones-takes-podium-alabama-thanks-liberal-media-unprecedented-assistance-video/   (December 12, 2017)