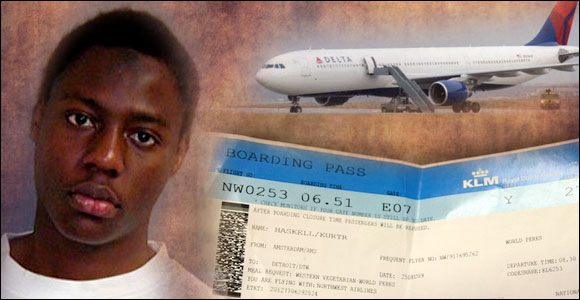 The Nigerian man who is serving multiple life sentences for attempting to detonate a bomb hidden in his underwear on an airliner sued the Justice Department over his treatment behind bars.

The New York Times reports that the high-profile terrorist, Umar Farouk Abdulmutallab, claims in the lawsuit filed Tuesday that prison officials are violating his rights when they hold him in solitary confinement, force feed him when he goes on a hunger strike, and restricting communication with his relatives.

Abdulmutallab attempted to blow up a plane headed for Detroit on Christmas Day 2009 as part of Al Qaeda’s operation out of Yemen but failed when the device burned his crotch and did not explode, sparing the lives of the other 289 passengers aboard the aircraft.

He pleaded guilty at his trial in 2011 to eight different charges and a judge sentenced him to four life sentences plus 50 years behind bars at the federal ADX “supermax” prison in Florence, Colorado.

Tuesday’s lawsuit filed in Federal District Court in Colorado is the first time the convicted terrorist took legal action since he appealed his sentence in 2013. The U.S. Court of Appeals for the Sixth Circuit upheld his sentence and conviction in 2014.

Abdulmutallab’s lawsuit claims the Justice Department invoked “special administrative measures” that limited his communication with the outside world for reasons of national security and placed him in the prison’s solitary confinement unit known as the “H-Unit,” where prisoners spend 23 hours a day alone in single cells.

He also claimed that the prison did not serve him halal food even though he is a practicing Muslim and that staff forbade him from praying with other Muslims or allowing access to an imam.

He alleged that the guards allowed “white supremacist” inmates in his unit to “curse, yell, scream, and say things that are religiously insulting and offensive to Muslims” and shoved pornography in his face while he prayed, according to the lawsuit.

The complaint also alleged that prison officials force-fed Abdulmutallab when his life was not in danger after he carried out a hunger strike to protest his conditions.

The Bureau of Prisons did not comment on the allegations, but Abdulmutallab’s defense attorney said the prison violated his rights.

“The restrictions imposed on our client are excessive and unnecessary, and therefore we seek the intervention of the federal court,” said defense attorney Gail Johnson.