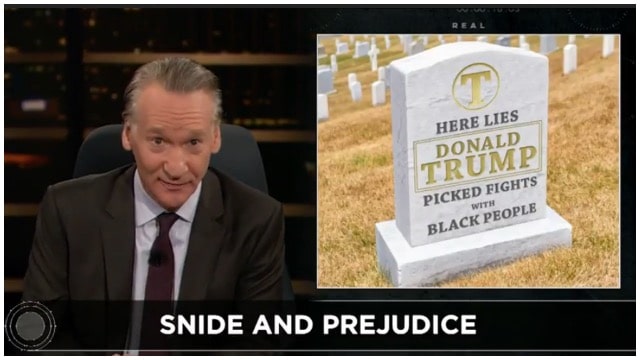 President Donald Trump has done absolutely nothing to prove the liberal narrative that he’s a racist.

And yet, far left radicals like HBO’s Bill Maher continue to make outrageous claims about the commander-in-chief because they have nothing else to say – and it’s the easy thing to do.

HBO host Bill Maher insisted on Friday that President Trump‘s most consistent quality is that he “loves to pick fights with black people.”

“If Donald Trump keeps insisting that he’s the ‘least racist person anyone has ever met,’ he has to explain why the single most consistent thing in his whole life is he loves to pick fights with black people,” he said on his show, “Real […]