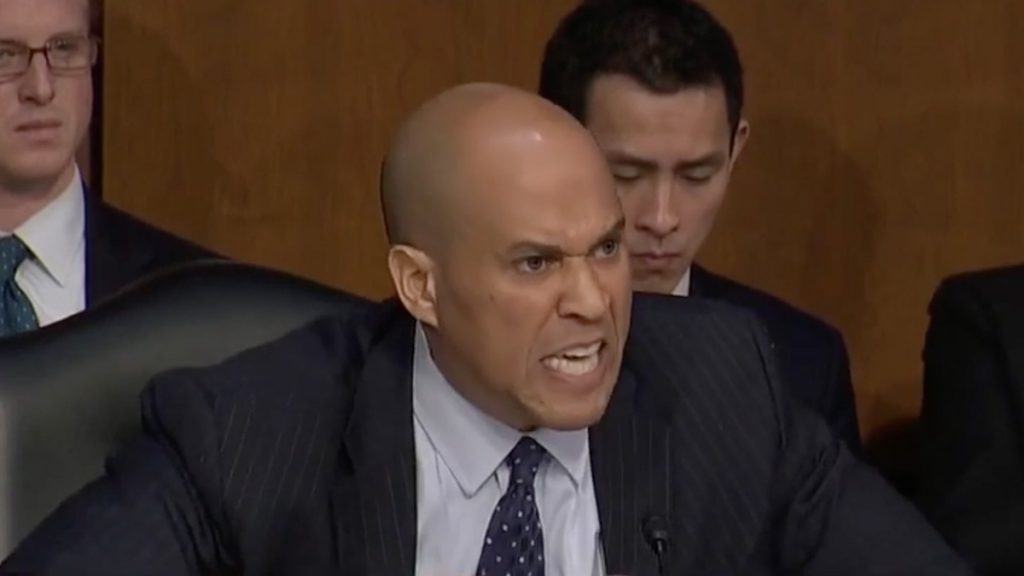 Booker glared crazily at Nielsen as he smashed his fists in protest of President Trump’s alleged “S***hole,” comments made during a meeting with Democrats on DACA.

Cory Booker to Nielsen: "Your silence and your amnesia is complicity." (via CBS) pic.twitter.com/dWnaMt6gCa

“I hurt,” Booker cried. “When Dick Durbin called me I had tears of rage when I heard about this experience in this meeting.

“For you not to feel that hurt and that pain and to dismiss some of the questions of my colleagues saying, ‘I’ve already answered that line of questions’ when tens of millions of Americans are hurting right now because of what […]