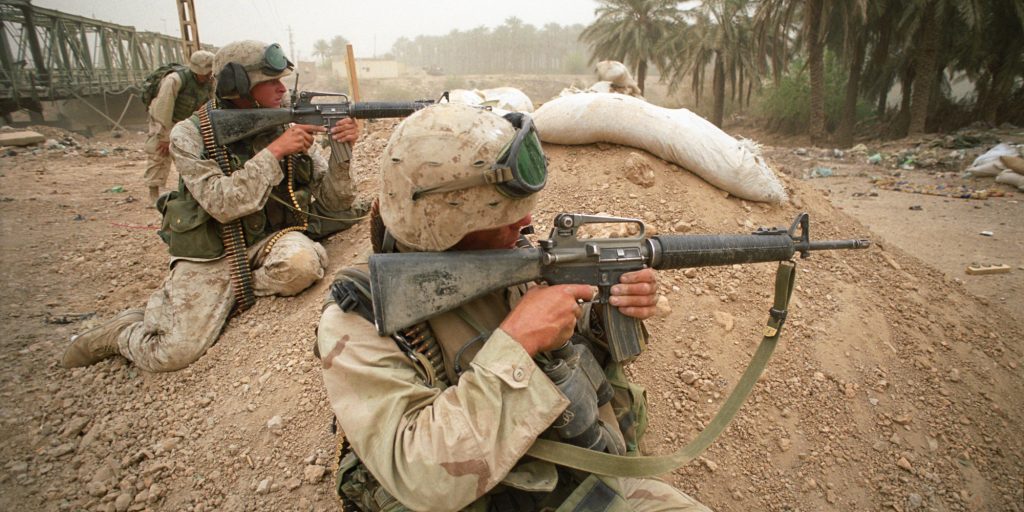 U.S. forces shot and killed two of the ISIS fighters, while the other two blew themselves up prematurely after they realized they could no longer advance. The attack occurred near the city of Hawija where the U.S. backed Iraqi Security Forces are preparing to advance on one of the terrorist group’s last strongholds in the country.

Direct ISIS attacks on U.S. bases in Iraq and Syria are relatively rare, with airstrikes or allied fighters killing militants long before they can get close. The terrorist group will, however, likely adjust its tactics in the future as it loses significant territory in Iraq and Syria, trying more last ditch attacks on U.S. troops and committing flagrant acts of terror.

This tactic was on full display Thursday when the group dispatched a team of terrorists to kill nearly 80 Shiite pilgrims at a restaurant in southern Iraq. The attack was a well-planned, multi-prong suicide attack which involved guns and suicide bombs to first breach a checkpoint.