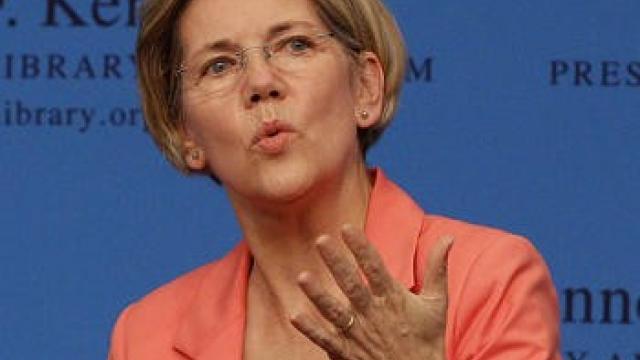 A leading Massachusetts veterans group is rescinding an invitation to Sen. Elizabeth Warren after members concluded she puts the needs of immigrants ahead of those of Americans who sacrificed for their country.

Veterans Assisting Veterans is holding a rally and fundraiser on August 26 and invited Warren and her Republican challenger, Geoff Diehl.

Diehl will attend the event, according to MacDonald.

“It doesn’t seem like veterans or Massachusetts are a priority to her,” he tells the paper.

“All veterans should feel obligated to speak out when somebody who should be representing us, should be speaking out, has not.”

MacDonald has been critical of Warren’s priorities before.

“Elizabeth Warren and people like her seem to have a very hard time understanding the difference between legal and illegal. … It seems to be the fact that she’s more interested in creating political theater than she is in helping Americans,” MacDonald he told Fox News earlier this year.

“There’s hundreds of veterans dying every day. … Why don’t we address those problems first, and then we’ll worry about other people coming into our country,” added Dennis Moschella, the group’s president, during a joint appearance with MacDonald.

“We need advocates, and we shouldn’t have to fight this hard.”