It was a peaceful protest.

On Monday tens of thousands of Palestinians rallied at the Israeli border with Gaza. 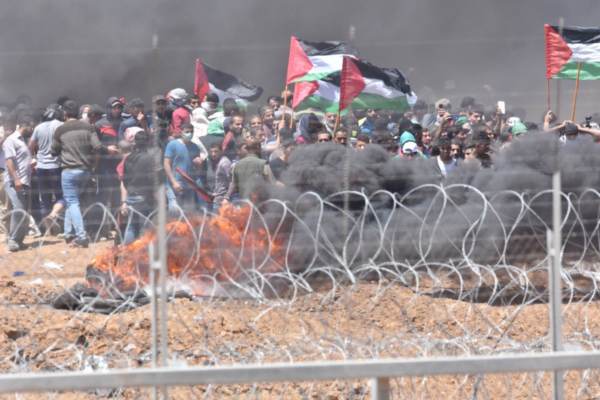 The “protesters” tried to storm across the border into southern Israel. The leaders of Gaza said 58 people were killed in the clashes.

50 of the dead Palestinians were Hamas operatives.

The international media insisted this was peaceful event and the Jews overreacted.

But the media forgot to report on the catapult.

Hamas introduced a catapult to use against the Israelis. Doesn’t every peaceful protest have at least one catapult?