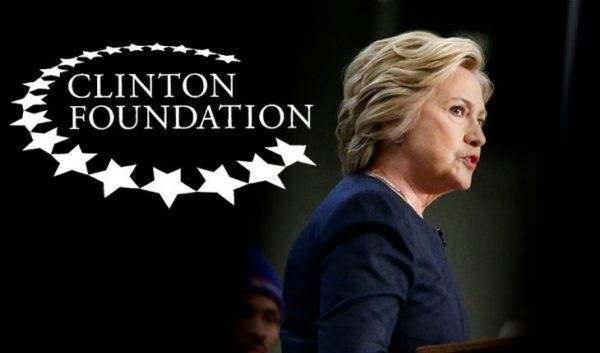 Take 2009 results , for example, completed during 2010,” Ortel argued.  “You will not find combining results for the Clinton Foundation, by “Initiative” on the Clinton Foundation website as these are purposefully omitted.  But you will find these key results on versions of the required audit that are obtained here in New York (punch in EIN: 31-1580204) and look at the 2009 filing.”

“These show total contributions (normally these are from the general public) of $82.9 million and total grants (normally these are from governments and from foundations) of $162.9 million,” he continued.  “Focus on the column “CHAI” (Clinton Health Access Initiative) that shows contributions of $15.5 million (19% of the combined total) and $159.7 in grants (98% of the total). Clearly “CHAI” existed during 2009 as a material portion of the Clinton Foundation.”

“By going here, we find that a Swiss NGO called UNITAID may have contributed $85 million during 2009,” Ortel then points out.

“There is no $85 million grant from UNITAID listed and there is no grant listed in 2009 that may have been routed through CGSGI from Russia or from any other source–in fact the combining statement shows $100 (not a typo) in contributions, and only $1.5 million in grants for ‘CGSGI,’” Ortel concludes.

Prior to the Obama administration approving the very controversial deal in 2010 giving Russia 20% of America’s Uranium, the FBI had evidence that Russian nuclear industry officials were involved in bribery, kickbacks, extortion and money laundering in order to benefit Vladimir Putin, as previously reported by The Gateway Pundit.

The Department of Justice decided to continue investigating this for four years without Congress or the public knowing, according to The Hill’s reporting.

Hillary Clinton was Secretary of State at the same time the State Department and government agencies on the Committee on Foreign Investments UNANIMOUSLY approved the partial sale of Canadian mining company Uranium One to the Russian nuclear company Rosatom, ultimately giving Russia 20% of U.S. Uranium.