The DC Metropolitan Police Department has released the body camera footage of the fatal officer involved shooting of Deon Kay.

At approximately 3:51 p.m., uniformed police officers responded to a call to investigate a man in a vehicle with a gun. When they arrived, they found four people in the vehicle. Two of them fled, including Kay.

During the chase, Kay brandished a firearm.

At this point, an officer fired one single shot, hitting Kay in the chest. The suspect was transported to the hospital for treatment, but it was unsuccessful.

A photo of his gun recovered at the scene has also been released by the police department: 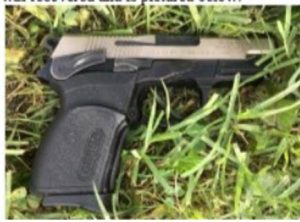