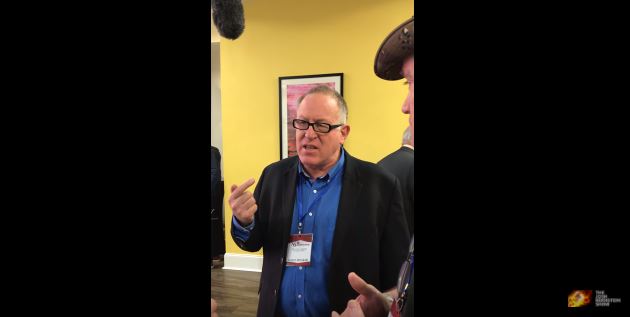 British Fabian Socialist leader and former British Labour Party Shadow Councilor for Education Ed Balls is working on a BBC documentary about America under President Trump. Balls will presumably be putting a negative spin on Americans, particularly American conservatives. The Fabian Society “is a British socialist organization whose purpose is to advance the principles of democratic socialism via gradualist and reformist effort in democracies, rather than by revolutionary overthrow.”

Their Coat of Arms is literally a wolf in sheep’s clothing. 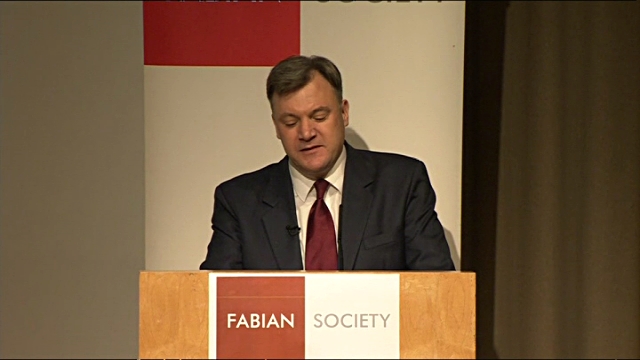 On the last day of this weekend’s South Carolina Tea Party Convention held in Myrtle Beach, Balls managed to get himself on stage where he lectured to the Tea Party crowd about his country’s perception of the political division in America. He claimed that the British are “concerned” that President Trump may do something “macho” like provoking a war with North Korea. Expressing his hope for “unity,” Balls also expressed that our friends across the pond are very worried about political polarization in America.

Before he and his film crew left after Ball’s impromptu speech, Trevor Loudon and Greg Cummings, Vice President, US First Defense Coalition engaged in a gentlemanly, but heated discussion with Ed Balls about the United States Constitution, Islam, and the very real difference between a “Democracy” and a “Constitutional Republic.”